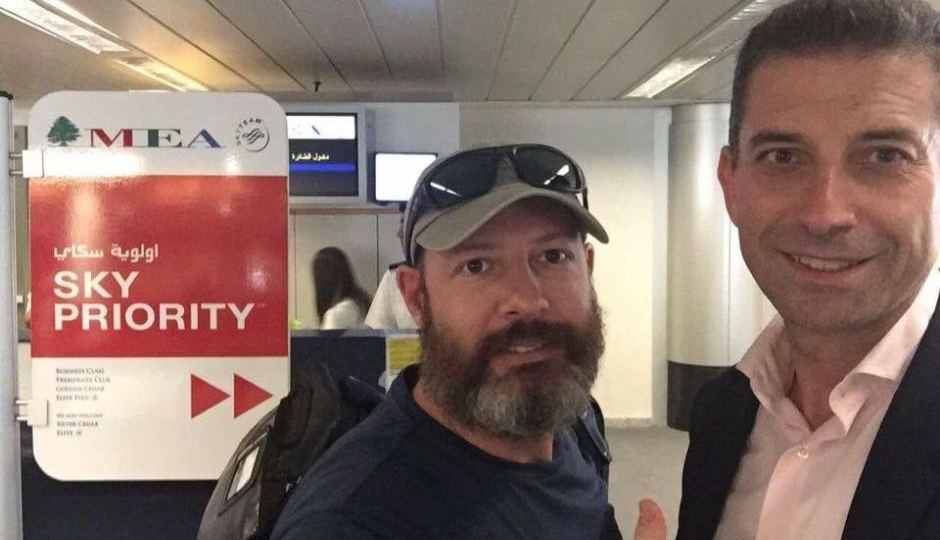 Whittington was released from a Beirut prison last week, following three months in jail after authorities charged him with the bungled kidnapping of two children in Beirut.

Brisbane mother Sally Faulkner, Channel Nine’s 60 Minutes crew and Whittington and his associates were accused of trying to forcibly take Faulkner’s children — who were living with her estranged ex-partner Ali Elamine — and return them to Australia.

Whittington was granted bail earlier this month but had been forced to stay in Lebanon after Mr Elamine asked a second judge to issue a travel ban.

But a third judge heard a challenge to that ban and overturned it.

As he prepared to board his flight at Beirut airport, Mr Whittington said the Lebanese judicial system had “some hope left”.

“Thank you to the independent judge, in particular the chief justice Mr [Jean] Fahed and the chief prosecutor, for showing that corruption is not in everyone’s pocket,” he said.

“I’m shocked really, we have come across so many hurdles to get out of here.

“It’s been a tough four months … finally the truth is coming out very soon, don’t worry about that.”

Whittington thanked his family, the British and Australian embassies and the Australian media.

“Besides the first two weeks of your reporting, everything else has been absolutely wonderful. Thank you for your support.”

In April, Faulkner and the 60 Minutes crew returned to Australia after Channel Nine reached a plea bargain to ensure the release of its staff, but the recovery team was not included in the deal.

Faulkner still faces kidnapping charges and Channel Nine’s charges have been lowered to a misdemeanour.