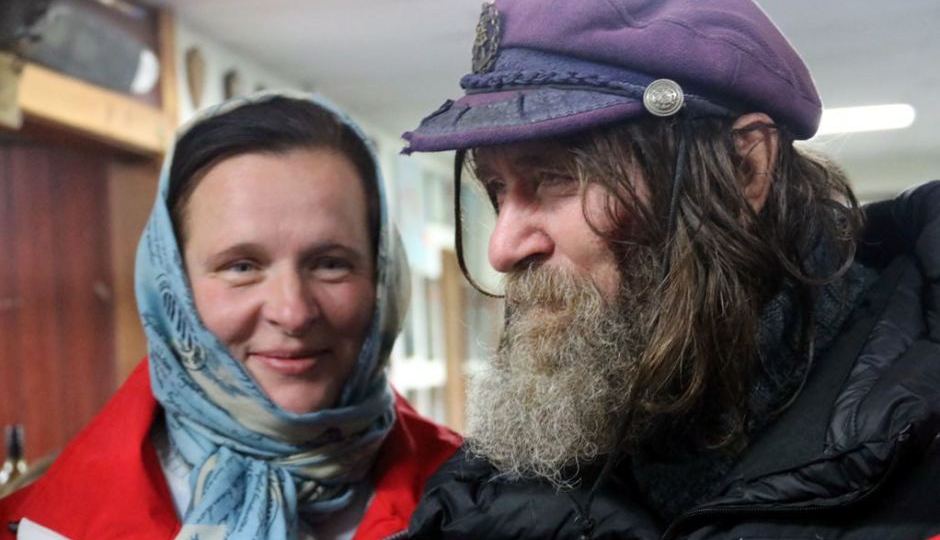 Fedor Konyukhov and his wife Irina in Northam. Photo: ABC

Fedor Konyukhov is already looking ahead to his next adventure just a day after breaking the world record for the fastest hot-air balloon circumnavigation of the Earth.

The Russian adventurer landed the Roziere balloon near the small WA Wheatbelt town of Bonnie Rock on Saturday afternoon.

During the 11-day journey his endurance was tested to the limit as he battled a storm in Antarctica and a broken heater.

Jacob Orlov was part of Mr Konyukhov’s team tracking him from the control centre in Northam, about 100 kilometres east of Perth.

He described the journey as a super-human feat, saying very few people could have matched the achievement.

“I’m so happy I think it is a miracle, it’s just incredible. It’s super human endurance,” he said.

“His heater was broken like two days ago. It was minus 55 degrees outside and minus 35 inside the gondola. But he is a remarkable person.”

Mr Konyukhov’s son Oscar was also part of the crew and said his father has a great love of Australia and was planning his next adventure here.

He said it would involve the town of Broome, a camel and a long-distance trek.

Mr Konyukhov, who is a Russian Orthodox priest, is well known in Perth’s Russian community.

More than 50 of its members travelled to Northam to celebrate with the Konyukhov family on Saturday night, making traditional sandwiches in the airfield club house canteen.

When Mr Konyukhov’s helicopter flew into Northam late on Saturday afternoon, he was welcomed by a more than dozen people waving Russian flags and cheering support in his native language.

“I’m so happy I think it is a miracle, it’s just incredible. It’s super human endurance.”

His wife Irina told Mr Smith that Mr Konyukhov was offering to baptise him into the Russian church.

Mrs Konyukhov said the support from the community had been incredible.

“We received many supports from the Russian community here, from Australian people and we admire the Australian people, your lovely country and for me this is a very great the fact that this is the third record for Fedor on Australian land, so my congratulations to you,” he said.

Not long after a rapturous round of applause, Mr Konyukhov left the party held in his honour for some well earned rest.

His crew travelled the 270 kilometres from Northam back to the landing site on Sunday to clean up the site. The gondola is set to be displayed at a museum in Russia.