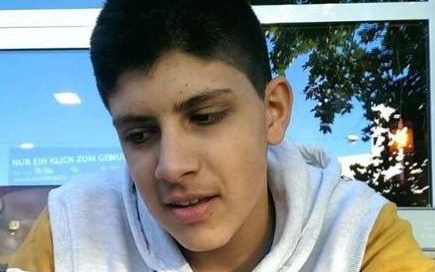 Police believe the gunman who killed 10 people including himself outside a Munich McDonald’s on Saturday may have lured them to the restaurant via Facebook.

David Ali Sonboly, an 18-year-old German-Iranian dual national with a history of depression, opened fire in a busy Munich shopping mall before turning the gun on himself.

A Bavarian state official said he began planning the attack one year ago after visiting the site of a 2009 school shooting in south-west Germany that killed 15 people.

German police are investigating reports Sonboly was bullied at school and may have invited a specific group of people to the fast food restaurant to carry out revenge.

An official of the state prosecutor’s office said the shooting victims did not include any classmates of the gunman.

“[He] said he would treat them to what they wanted as long as it wasn’t too expensive – that was the invitation,” Robert Heimberger, president of the Bavarian state criminal agency, told reporters.

The attack – the third in Europe in a week – caused Munich to go into lockdown.

Sonboly reportedly posed as a pretty young girl on Facebook in an attempt to lure people to McDonald’s.

“Come today at four o’clock to McDonald’s at OEZ [shopping centre]. I am giving away anything you want as long as it’s not too expensive,” he wrote, according to the Telegraph.

The report has not been confirmed by German police, and it is not yet clear if teenagers would have fallen for the trick after one boy warned Facebook users it was a ruse.

“This here is a fake account of one Ali Sonboly. Don’t get your hopes up,” wrote Lukas Dore, adding: “The boy is psychologically disturbed and only wants attention.”

Seven out of nine were teenagers

Police said they were investigating claims that Sonboly was bullied “by others his age”.

Seven of the nine victims were teenagers between the ages of 14 and 19 years old, with the other two were 20 and 45, but Munich police chief Hubertus Andrae said they were not yet able to confirm whether Sonboly had deliberately targeted people his own age.

Emerging reports have painted Sonboly as a deeply troubled teen, obsessed with mass killings and who had recently undergone psychiatric treatment.

Police raided the killer’s home and found a copy of the book Why Kids Kill: Inside the Minds of School Shooters by US academic Peter Langman.

He also reportedly had material on Anders Behring Breivik, the white supremacist who murdered 77 people in Norway in 2011 and used an image of Breivik as his (messaging service) Whatsapp profile picture.

Investigators said preliminary findings did not point to links with Islamic State.

Mr Heimberger said they were also investigating the role video games may have played in the tragedy.

On the day of the attack, according to German newspaper Bild, Sonboly said via a computer game message: “Come to the McDonald’s and I will come and get you and shoot you.”

A young girl from his apartment block said he had told classmates: “I will kill you all.”