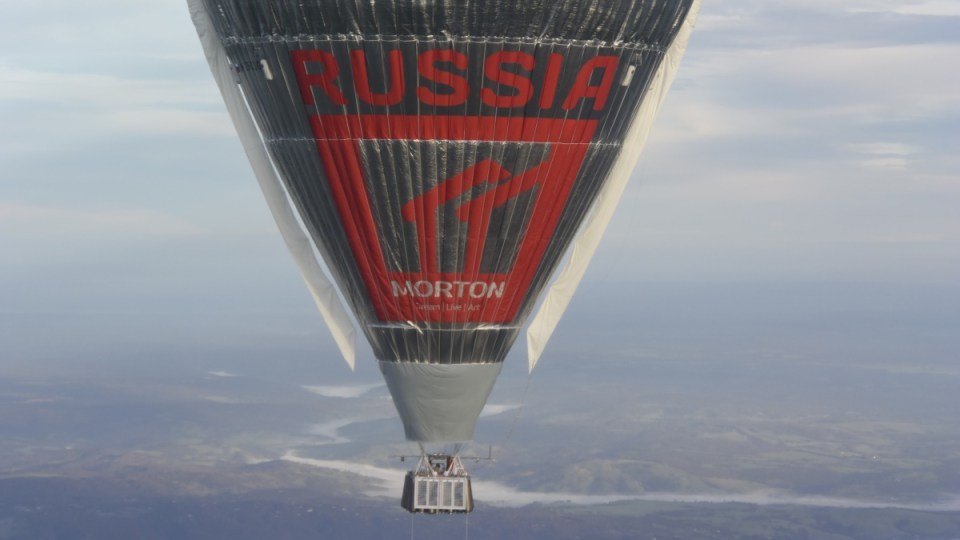 Russian adventurer Fedor Konyukhov floats at more than 6,000 meters (20,000 feet) above an area close to Northam in Western Australia in his helium and hot-air balloon. Photo: AAP

Russian adventurer Fedor Konyukhov has broken the record for the fastest circumnavigation of the earth in a hot air balloon.

Mr Konyukhov landed near the small town of Bonnie Rock in Western Australia’s Wheatbelt on Saturday afternoon (1830 AEST) and was embraced by ecstatic family members and friends.

A little bruised and battered from the bumpy landing, Konyukhov exited his hot air balloon pod exhausted but smiling.

The 64-year-old has beaten the late Steve Fossett’s record of circumnavigating the world by two days, making the 34,000km journey in just 11 days.

“He beat the speed record, the distance record and he will be the first person to fly solo, non-stop around the world from the first attempt,” Mr Konyukhov’s son Oscar told Seven News on Saturday.

“He beat the speed record, the distance record and he will be the first person to fly solo, non-stop around the world from the first attempt,” Mr Konyukhov’s son Oscar told Seven News on Saturday.

Mr Konyukhov battled Antarctic winds and temperatures down to -56C while flying at heights of up to 10,000 metres.

He was hooked up to oxygen tanks for most of the trip and hardly slept.

Australian entrepreneur and fellow adventurer Dick Smith, who was there to see him off, helped crews stabilise the balloon as it hit the ground.

Having known Mr Konyukhov for 26 years, Mr Smith was one of the first to congratulate and embrace his friend.

Returning back to his control centre in Northam, Mr Konyukhov was greeted like a king, embracing his wife Irina and enjoying a feast prepared by members of the WA Russian community.

Excited locals have been posting photographs of the 64-year-old’s balloon soaring thousands of metres above Perth to social media.

WA Police even got on the bandwagon and suggested a new role for the Russian adventurer.

A Russian orthodox priest, Mr Konyukhov has already climbed Mt Everest twice and travelled to the North and South poles.

He’s an artist and has written 17 books.

Looking ahead, Mr Konyukhov has planned his next adventure in 2017: crossing Australia from west to east riding a camel.