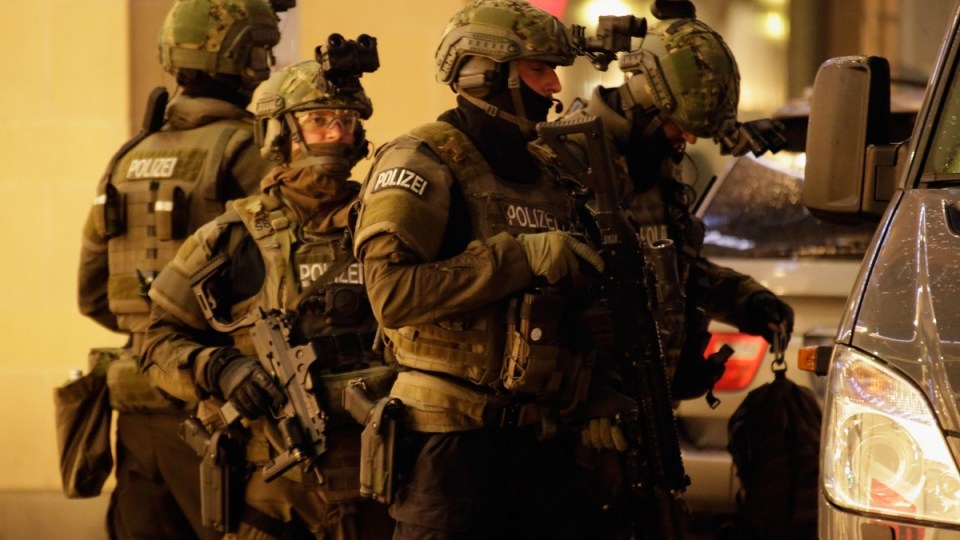 A lone gunman who went on a shooting rampage in Munich has been identified by Munich Police as an 18 year-old German-Iranian dual national. The gunman was later found dead.

Munich police chief Hubertus Andrae described the attack as a “classic act by a deranged person” and described an individual “obsessed” with mass shootings.

“There is absolutely no link to the Islamic State,” he said.

Mr Andrae added “the link is evident” with Breivik’s massacre of 77 people, which took place exactly five years ago.

Panic in the streets

Earlier police warned of an “acute terror” situation in the southern German city, which saw panicked shoppers fleeing the mall as armed police roamed the streets on the hunt for the attacker.

Ten people, including the gunman, were killed and 27 wounded in the rampage.

A police spokesman confirmed children and young people were among the injured and dead.

“Among the dead people there are adolescents, among the injured there are children,” he said.

Police would not reveal the identities of victims until affected families had been contacted.

It was unclear if the perpetrator shot himself or was shot by police.

A single gunman opened fire in the Olympia Einkaufszentrum mall in Munich and outside a McDonald’s restaurant across the street about 6pm on Friday.

How many people have been hurt?

Ten have been killed and 21 wounded, including children. Three people are in critical condition.

What are police doing?

The lockdown in the city has been lifted as of 01.30 Saturday local time. All transport had previously been suspended and people were told to stay home or take shelter in buildings.

Who is the gunman?

The gunman has been identified as an 18-year-old dual German-Iranian named David Ali Sonboly. Police still don’t know his motive.

He is believed to have shot himself after the rampage. His body was found a kilometre away.

Earlier witnesses had reported seeing three shooters with “long guns”, with police blaming this report on confusion and fear.

The gunman outside McDonald’s was caught on video firing a handgun and police believe this is all he had.

This is the third attack against civilians in Western Europe in eight days following a truck attack in Nice, France, and an axe and knife attack on a train in Bavaria, Germany.

Friday is also the fifth anniversary of the massacre by Anders Behring Breivik in Norway in which he killed 77 people.

Where is the mall?

The shopping centre is next to the Munich Olympic stadium, where the Palestinian militant group Black September took 11 Israeli athletes hostage and eventually killed them during the 1972 Olympic Games.