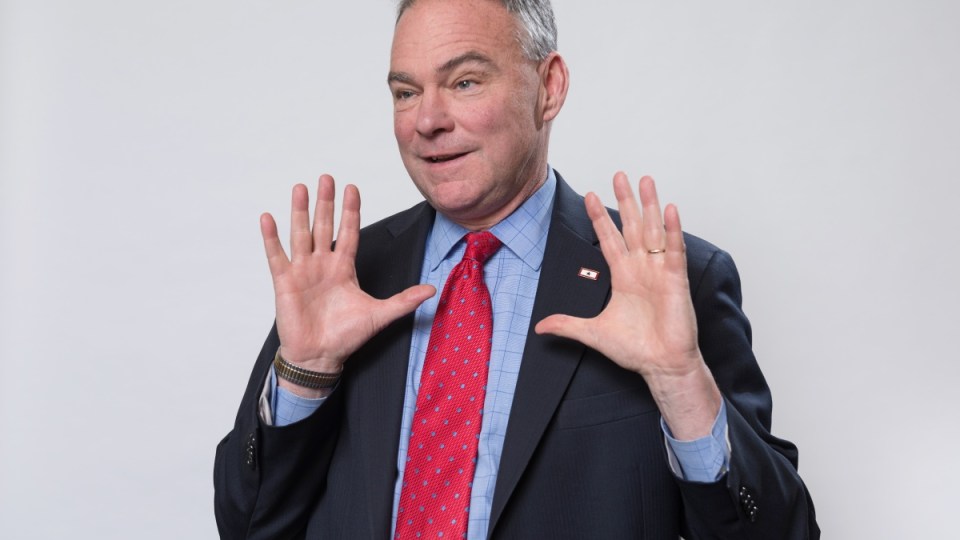 Tim Kaine has had a fascinating journey to Hillary's side. Photo: Getty

Hillary Clinton has chosen the man who will stand beside her as Vice President should she win the US election, announcing her running mate as Virginian Senator Tim Kaine.

Clinton, who broke the news to her supporters via text message, described Senator Kaine as “a man who’s devoted his life to fighting for others”.

The former governor of Virginia is being widely described a safe choice by the Democratic candidate, who admitted to favouring experience over innovation in her decision-making process.

I'm thrilled to announce my running mate, @TimKaine, a man who's devoted his life to fighting for others. -H pic.twitter.com/lTVyfztE5Z

Kaine’s views err on the moderate side, a fact Republicans have already seized on as evidence Clinton is betraying her more liberal supporters.

“After spending last week pandering to grass-roots Democrats with Bernie Sanders, Hillary Clinton has chosen someone who holds positions that she’s spent the entire primary trying to get to the left of,” Reince Priebus, the chairman of the Republican National Committee, said.

Kaine, 58, has endorsed Clinton since 2014 and is expected to help her win over Virginia, which is a key swing state.

Here’s what you need to know about the man who could replace Joe Biden.