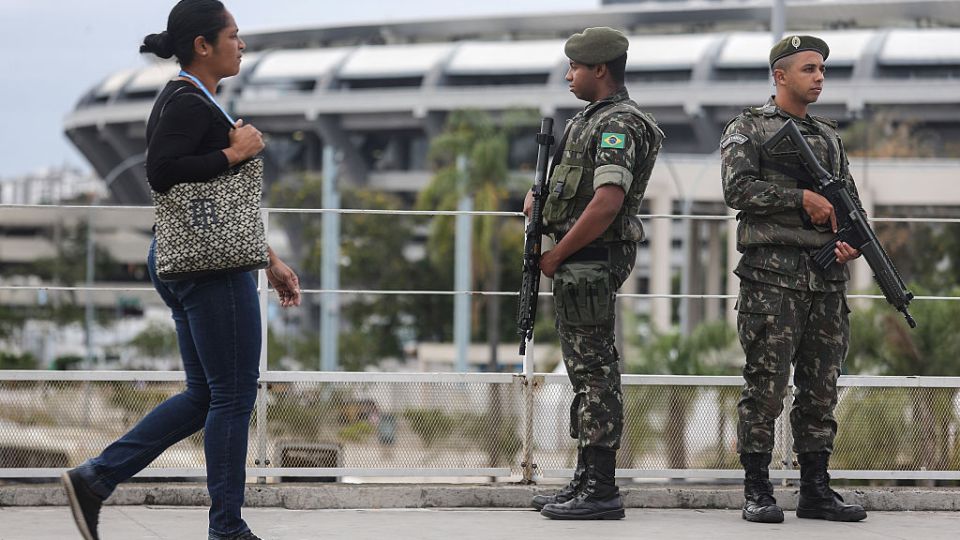 Police in Brazil have arrested 10 members of an “amateur” terror group that expressed loyalty to the Islamic State group and was targeting the upcoming Olympics.

Authorities have confirmed that the anti-terrorism raids, codenamed Operation Hashtag, were the most tangible incident to date potentially affecting the security of the games, which start in Rio de Janeiro on August 5.

The arrests come just a week after Brazil said it was beefing up security for the games after the truck attack in the French city of Nice, which killed 84 people and left dozens badly injured.

But, Justice Minister Alexandre de Moraes described the alleged group of Brazilian nationals as “an absolutely amateur cell” and “disorganised”.

The alleged plotters were arrested across 10 different states in the vast country and had been in contact via messaging services WhatsApp and Telegram.

Most of them did not know each other previously and it was not clear if any had ever met in person.

Officials also downplayed links to the Islamic State group which has claimed responsibility for a string of bloody recent assaults on civilians in France and elsewhere.

“Some of them made an oath of loyalty by internet to the Islamic State, but there was no personal contact by this group with Islamic State by WhatsApp,” Mr de Moraes told journalists in the capital Brasilia.

He insisted the security situation ahead of the Games, the first held in South America, was unchanged.

“The risk remains the same. There is a minimal probability of a terrorist act during the Rio Olympics,” the Minister told media.

In a statement, the Justice Ministry said it began monitoring messages sent between the group, which called itself Defenders of Sharia, in April.

The most tangible act by the alleged group was an attempt to contact a black-market weapons supplier in neighbouring Paraguay to buy a Kalashnikov assault rifle, Mr de Moraes said.

However, other preparations discussed appeared to illustrate what officials said was the group’s amateur nature, with only two weeks to go until the Games begin.

On top of the 10 arrested, Operation Hashtag detained two more men, while two others remain at large.