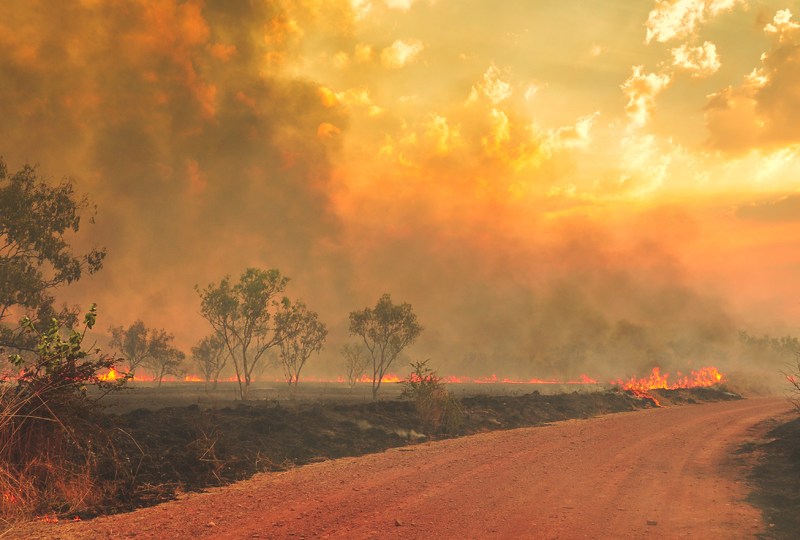 This year is set to be the hottest on record. Photo: Getty

The world is on track for its hottest year on record with levels of carbon dioxide in the atmosphere hitting new highs.

It’s called for speedy implementation of a pact reached last December to limit climate change by shifting from fossil fuels to green energy by 2100.

The average temperature in the first six months of 2016 was 1.3C warmer than the pre-industrial era in the late 19th Century, according to NASA.

“This underlines more starkly than ever the need to approve and implement the Paris Agreement on climate change, and to speed up the shift to low carbon economies and renewable energy,” said WMO secretary-general Petteri Taalas.

“The heat has been especially pronounced in the Arctic, resulting in a very early onset of the annual melting of the Greenland ice sheet and Arctic sea ice,” WMO said.

David Carlson, director of the WMO’s Climate Research Program, told a news briefing: “What we’ve seen for the first 6 months of 2016 is really quite alarming.”

“We would have thought it would take several years to warm up like this,” he added. “We don’t have as much time as we thought.”

The northern hemisphere, including the state of Alaska in the United States, Canada and Russia, have posted unusually warm temperatures, he said.

The last month with global temperatures below the 20th-century average was December 1984.

A strong El Nino weather event in the Pacific Ocean, a phenomenon associated with extreme droughts, storms and floods, “has now disappeared”, the WMO said in a statement.

The El Nino event developed in 2015 and contributed to the record temperatures in the first half of 2016 before disappearing in May, WMO said.