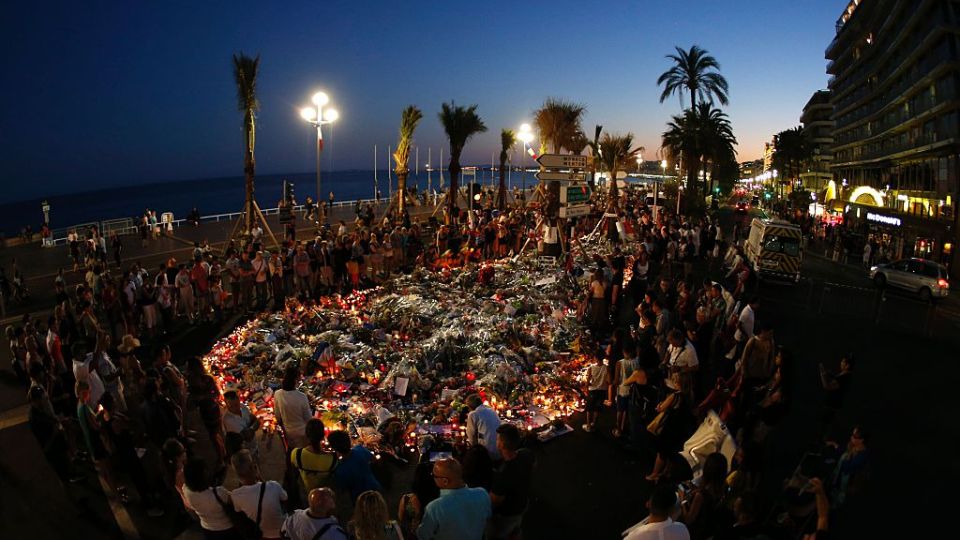 People gather at a makeshift memorial on the Promenade des Anglais in Nice. Photo: Getty

The Tunisian man who killed 84 people on the French Riviera by ploughing his truck into Bastille Day crowds had been planning the attack for months with the help of at least five accomplices, the Paris prosecutor says.

“The investigation under way since the night of July 14 has progressed and not only confirmed the murderous premeditated nature of Mohamed Lahouaiej Bouhlel’s act but also established that he benefited from support and complicity,” Francois Molins told a news conference on Thursday.

The prosecutor said he had placed the five people – an Albanian couple, a Tunisian man and two Franco-Tunisian men – under formal investigation after they were taken into custody.

None of them had been known to intelligence services.

Records of Bouhlel’s phone use indicated a large number of exchanges, calls and text messages over the last year with several of the accomplices under investigation, he said.

Bouhlel received a text from one of the men a few days after the January 2015 Islamist attacks on the Charlie Hebdo newspaper and a Jewish deli saying: “I am not Charlie … I am glad, they brought in Allah’s soldiers to finish the job.”

A day after that text was sent, on January 11, millions of French people rallied in Paris and other French cities under the slogan “Je suis Charlie” (I am Charlie) in solidarity with the victims at the satirical newspaper.

The July 14 attack by the Tunisian delivery man at peak holiday time on the Riviera plunged France into new grief and fear, just eight months after jihadist gunmen killed 130 people in Paris.

Islamic State has claimed the Nice attack, calling Bouhlel one of its soldiers, but authorities say they have yet to find evidence that the 31-year-old, who was shot dead by police, had any actual links to the militant group.