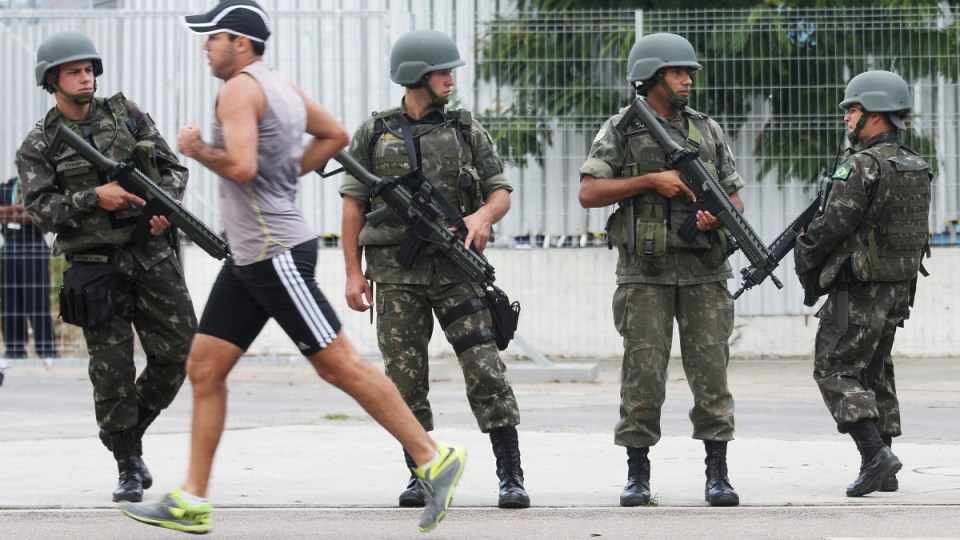 Fears of a Munich-style terror attack at the Rio Olympics have been ignited after disturbing evidence of a Brazilian-based group linked to Islamic State.

With barely two weeks until it hosts thousands of athletes, officials, dignitaries and spectators from the around the world, organisers of the troubled Olympic Games are scrambling to meet the alarming new threat.

Already besieged by endemic street crime, the Zika virus, high levels of pollution and a race to complete Olympic venues, Brazilian authorities have confirmed the detection of message exchanges linked to IS on an online forum in Portuguese.

The group, known as the Brazil Caliphate, is the first Islamic group in South America known to pledge allegiance to IS.

The Brazilian Intelligence Agency said in a statement that it “confirms the existence of a group and its way of operating” online with jihadist messages.

The news follows a now-deleted Twitter post by French jihadist Maxime Hauchard, after the coordinated terror attacks on Paris last November, that warned Brazil was the “next target”.

SITE issued an alert saying that people linked to the Islamic State were thought to be spreading messages from the group in Portuguese.

It said the group was found on Telegram, an online messaging application.

The pledge follows the detection of four suspects with known links to terrorism who attempted to gain accreditation to the Rio Games, which opens on August 5.

Brazilian security services have said the four were among 11,000 applicants to be denied accreditation on security grounds.

Brazilian authorities have said more than 80,000 security personnel will be on hand for the Games – roughly twice the number deployed at the 2012 London Olympics.

“The opening of this new front in the spreading of information for extremist indoctrination, aimed at the Portuguese-speaking public, increases the complexity of the job of tackling terrorism,” the intelligence agency said in its statement.

After the horrific attack in Nice last week – in which a lone terrorist drove his truck into Bastille Day crowds killing more than 80 people – Brazilian authorities have said they are planning security cordons, new roadblocks and the frisking of visitors in Rio de Janeiro for the Olympics.

Police and soldiers also took part in drills over the weekend near sports facilities and along transport routes.

Watch the Rio security drills below:

The latest SITE post from the group said the Telegram channel was calling for an Olympic terror attack, similar to the one perpetrated during the 1972 Munich Games.

The Munich massacre was an attack by the Palestinian terrorist group Black September in the athletes’ village of the 1972 Olympics in which 11 Israeli team members were taken hostage and eventually killed.

The group demanded the release of 234 prisoners held in Israel, along with the German-held founders of another group, the Red Army Faction.

Police officers killed five of the eight Black September members during a failed rescue attempt at the Munich airport.

In response to the threats, Brazil’s sports minister this week sought to reassure the world sporting community that the Games would be safe.

“We are not underestimating anything with regard to security,” Leonardo Picciani told reporters in the capital Brasilia.

“The government has adopted all the measures recommended by international security protocols … The government is absolutely convinced that the Games will be safe.”