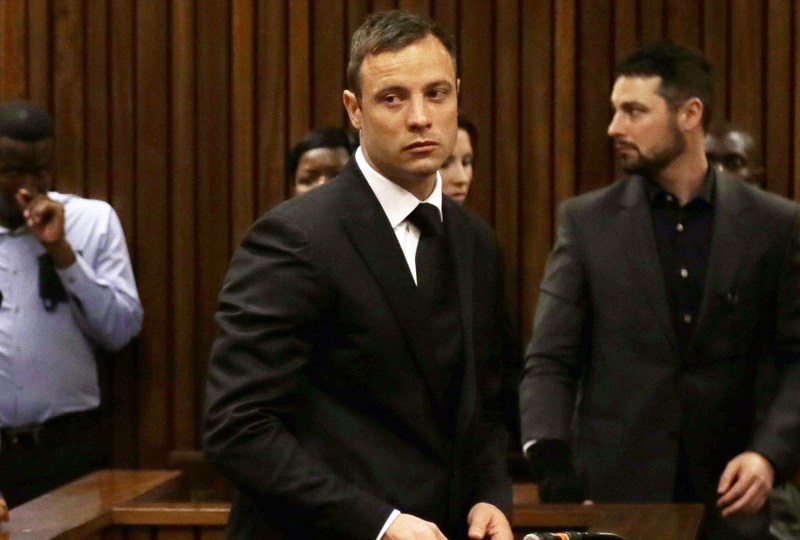 The South African prosecutors office says it will appeal against Oscar Pistorius’ six-year jail sentence and seek a longer prison term for the double-amputee athlete, who was convicted of murdering his girlfriend Reeva Steenkamp.

Calling the sentence given to Pistorius by a judge on July 6 “shockingly too lenient”, the National Prosecuting Authority announced it would file appeal papers on Thursday – the day of the deadline to appeal.

Pistorius was convicted of murder for shooting Steenkamp in his home in 2013, but only after an appeal by prosecutors.

He was initially acquitted of the charge and found guilty of the lesser offence of manslaughter, and served one year in prison.

The latest decision to appeal by prosecutors prolongs the three-and-a-half legal case of Pistorius, a multiple Paralympic world champion and the first amputee athlete to run at the Olympics.

He shot Steenkamp multiple times through a toilet cubicle door in his home in the pre-dawn hours of Valentine’s Day 2013. Pistorius testified that he killed Steenkamp by mistake, thinking she was an intruder hiding in the bathroom. Prosecutors said he shot her intentionally after an argument.

“We respectfully submit that the sentence of six years imprisonment, in all the circumstances, is disproportionate to the crime of murder committed,” the prosecuting authority said in Thursday’s statement announcing its intention to appeal.

“That is to say, shockingly too lenient, and has accordingly resulted in an injustice and has the potential to bring the administration of justice into disrepute.”

Prosecutors had sought 15 years in prison for athlete, the prescribed minimum sentence for murder in South Africa, but a judge said there were compelling circumstances in Pistorius’ case to give him a lesser sentence.

Judge Thokozile Masipa decided on the six-year jail sentence for the 29-year-old Pistorius. She was also the judge who oversaw Pistorius’ 2014 trial and acquitted him of murder before that decision was successfully appealed by prosecutors in the Supreme Court.

In appealing the six-year sentence, prosecutors first have to get permission from Masipa to take another appeal to the Supreme Court. No date was given for the first hearing in the appeal.

Pistorius is currently serving his sentence in a prison in the South African capital, Pretoria.