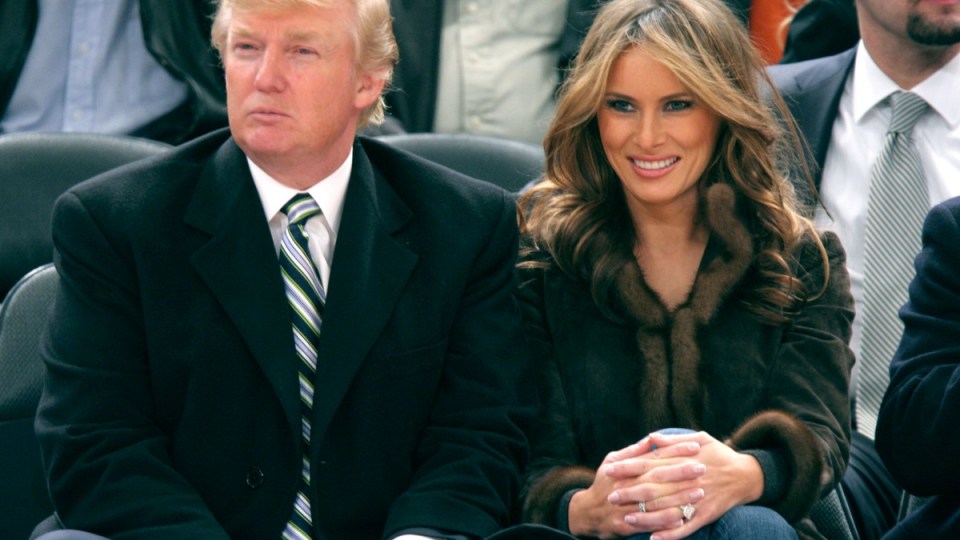 There might be more to Melania Trump's controversial speech than first thought. Photo: Getty

Mrs Trump, the wife of Republican presidential nomination Donald Trump, took to the stage on Monday night (local time) to speak at the opening night of the event in Cleveland, Ohio.

The Trump campaign also revealed no disciplinary action would be taken against speech writers and emphasised any similarities between the two speeches were coincidental.

However, one particular line from the speech has internet users pondering whether we’ve all been taken for a ride – Melania included.

Did Melania Trump Rickroll us all?

Mrs Trump has been accused of “Rickrolling”, an internet prank that’s been around since 2007.

In a nutshell, to Rickroll is to inundate unsuspecting friends, family or strangers with Rick Astley’s hit 1980s song Never Gonna Give You Up – often under false pretences.

Some took this as the speech writer’s playful nod to the plagiarism being an intentional attempt at sabotage.

The "rickroll" line in M. Trump's speech seems almost like a playful signal that the plagiarism was some speechwriter's deliberate sabotage.

My truther theory: Melania's speechwriter slipped in a Rickroll to let us know they were tanking it on purpose. https://t.co/gVnp0Xb1Ag

PLEASE, GOD, LET THE TRUMP CANDIDACY BE ONE HUGE RICKROLL.

Between the plagiarism & the Rick Roll, I think it's clear @MELANIATRUMP's speechwriter HATES the @GOP. #RNCinCLE https://t.co/UDBenuRjYw

So who was responsible?

If you believe Mrs Trump, the speech was mainly her work.

“I read once over it, that’s all, because I wrote it … with as little help as possible,” she told NBC host Matt Lauer.

However, Trump staffer Meredith McIver has since come out to claim responsibility for the copycat speech.

According to Ms McIver, Mrs Trump had read passages of Mrs Obama’s speech to her over the phone as inspiration for her own address.

“I wrote them down and later included some of the phrasing in the draft that ultimately became the final speech,” Ms McIver said in a statement released by the Trump campaign.

“I did not check Mrs Obama’s speeches. This was my mistake, and I feel terrible for the chaos I have caused. No harm was meant.”

Ms McIver said she offered her resignation to Mr Trump but he declined.

Just when you thought you couldn’t take any more…

Mrs Trump wasn’t the only member of the family accused of borrowing content from other sources.

On Tuesday (US time) it emerged Mr Trump’s son, Donald Trump Jr, had used sections from an article in The American Conservative in his own address to the Convention.

However, before the scandal had the chance to really erupt, Mr Trump Jr’s speechwriter came forward to identify himself as the author of the aforementioned article.

“I was a principal speechwriter for the speech,” law professor FH Buckley told Vox. “So it’s not an issue.”