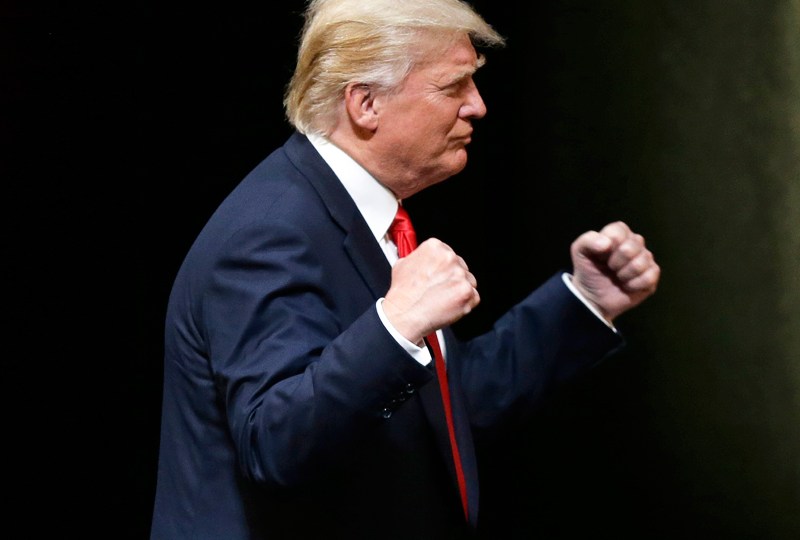 Donald Trump has formally secured the Republican Party’s 2016 nomination for the White House.

His son, Donald Trump Jr, announced the support of New York, their home state, during a roll-call vote on Tuesday at the Republican National Convention, ensuring Trump had the majority of delegates – 1237 – needed to contest the November 8 US presidential election.

With three of Trump’s other children at his side, the son said: “It is my honour to be able to throw Donald Trump over the top in the delegate count tonight.”

The state-by-state vote to put Trump’s name in nomination took place a day after opponents staged a failed attempt to force a vote opposing his candidacy, and after a speech by his wife, Melania, drew accusations of plagiarism.

US Senator Jeff Sessions of Alabama, an early backer of Trump, placed the New York businessman’s name in nomination, calling him “a warrior and a winner”.

Such a great honor to be the Republican Nominee for President of the United States. I will work hard and never let you down! AMERICA FIRST!

US House of Representatives Speaker Paul Ryan, the country’s highest-ranking elected Republican, ran the meeting and launched the nominating process.

Despite threats of another chaotic day at the Quicken Loans basketball arena in Cleveland, anti-Trump Republican US Senator Mike Lee said efforts by some delegates to block Trump’s nomination appeared finished.

“I don’t see any way around it,” the Utah lawmaker said.

Trump’s campaign has been marked by frequent controversy over his rhetoric on Muslims, Hispanics, illegal immigration and trade, alarming many in the Republican establishment.

Party officials are hoping to use the four-day convention, which began on Monday, to smooth out some of his rough edges and present him as a job creator and a strong hand to combat security threats at home and abroad.

Trump will formally accept the nomination at the Republican Convention later this week.