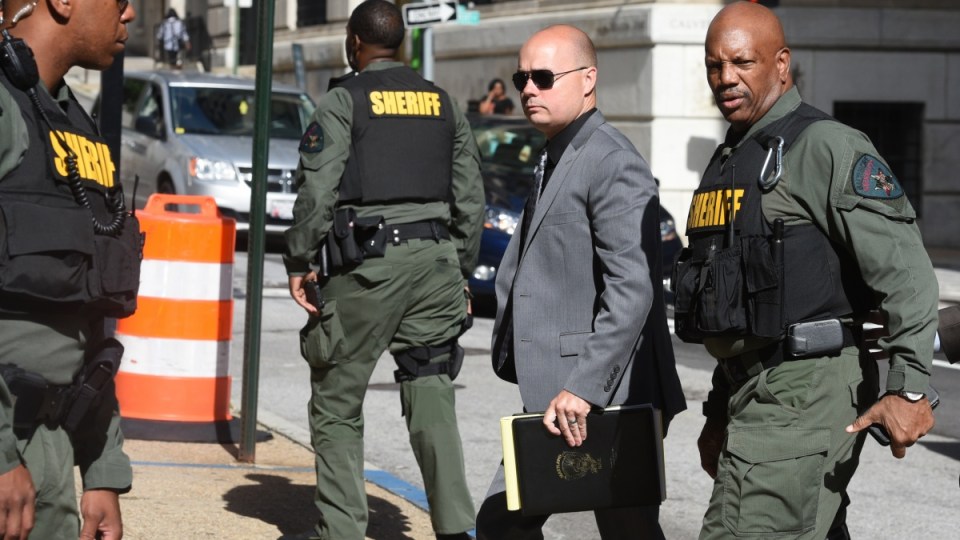 Lt. Brian Rice acquitted of all charges in the death of Freddie Gray. Photo: AAP

Rice, 42, is the highest-ranking officer of the six charged in Gray’s death, who suffered a broken neck in a police transport van.

The death triggered protests and rioting in the mainly black city and stoked a national debate about how police treat minorities.

The controversy flared anew this month with the deaths of African-American men at the hands of police in Minnesota and Baton Rouge.

Monday’s verdict is the latest setback for prosecutors, who have failed to secure a conviction in the trials of four officers thus far.

Rice, who is white, ordered two officers on bicycles to chase Gray, 25, when he fled unprovoked in a high-crime area.

Prosecutors said Rice was negligent in shackling Gray’s legs and not securing him in a seat belt, as required by department protocol.

But defence lawyers said Rice was allowed leeway on whether to get inside a van to secure a prisoner. The officer made a correct decision in a few seconds while Gray was being combative, and a hostile crowd was looking on, they said.

Williams, who heard the case without a jury at Rice’s request, said prosecutors failed to show the lieutenant was aware of a departmental policy requiring seat belts for prisoners during transport.

“The state did not prove the defendant was aware of the new policy,” the judge said in court.

Only a handful of protesters were at the courthouse for the verdict’s announcement.