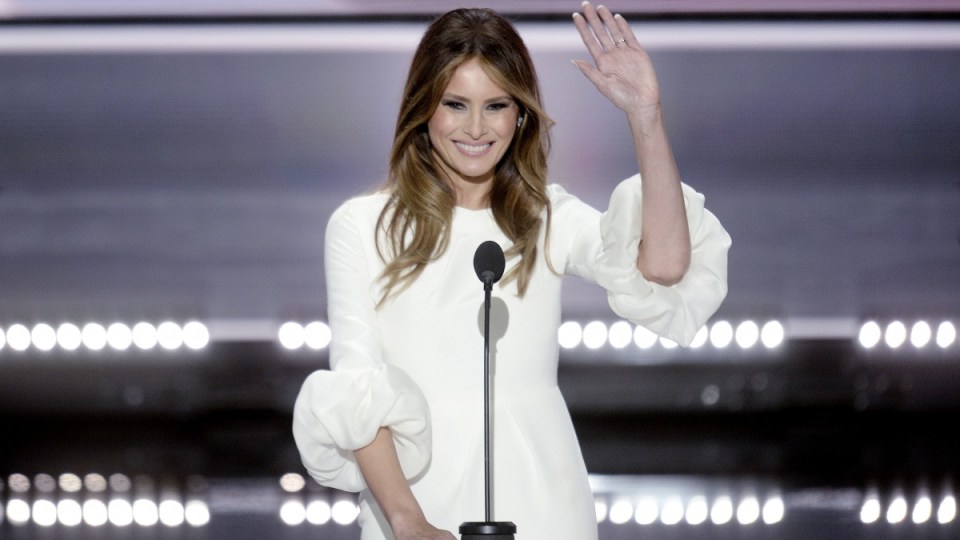 Melania Trump on the first day of the Republican National Convention. Photo: AAP

At first glance, Melania Trump’s speech at the 2016 Republican National Convention on Wednesday was a wild success.

However, it was quickly discovered a number of well-received lines delivered by Donald Trump’s wife had been plagiarised from a speech Michelle Obama delivered at the 2008 Democratic convention.

The accusation emerged on Twitter only moments after Mrs Trump’s speech aired, with her paragraph on the necessity of hard work and strong family values reading surprisingly similarly to Obama’s.

“My parents impressed on me the values that you work hard for what you want in life. That your work is your bond and you do what you say and keep your promise. That you treat people with respect. Show the values and morals in the daily life. That is the lesson that we continue to pass on to our son. We need to pass those lessons on to the many generations to follow, because we want our children in these nations to know that the only limit to your achievement is the strength of your dreams and your willingness to work for them.”

Journalist Jarrett Hill was one of the first to expose the borrowed lines.

Watch the two speeches back-to-back below: