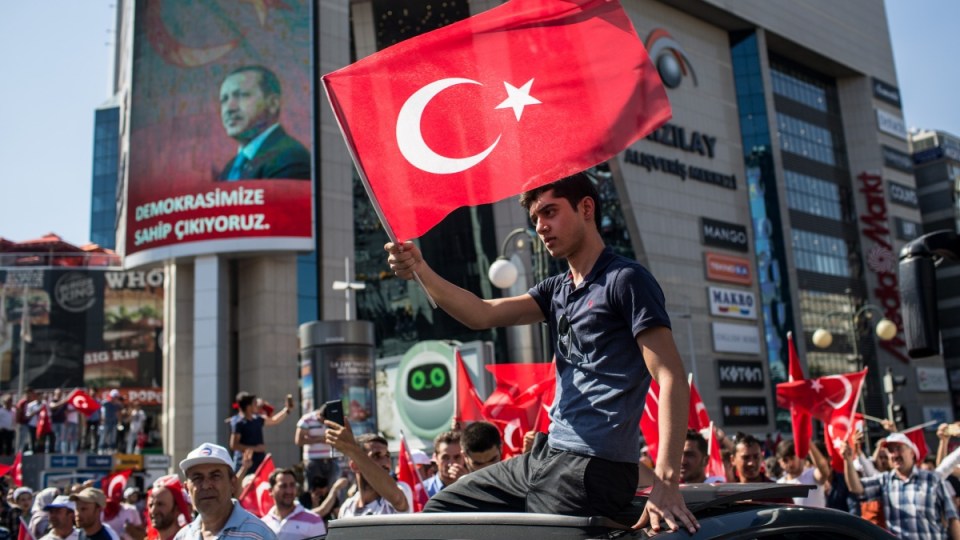 A man waves a Turkish flag from the roof of a car in reaction to the attempted military coup. Photo: Getty

The deputy mayor of Istanbul’s Sisli district has died after being shot in the head by an unknown assailant on Monday, Turkish media NTV reported.

A Turkish official said the incident was not related to Friday’s abortive military coup in which more than 200 people were killed.

Turkey remains in a state of high tension, though the government says it has the situation fully under control.

NTV reported that the assailant had entered the office of deputy mayor Cemil Candas and then gun shots were heard.

Along with other opposition parties the CHP has condemned the attempted coup.