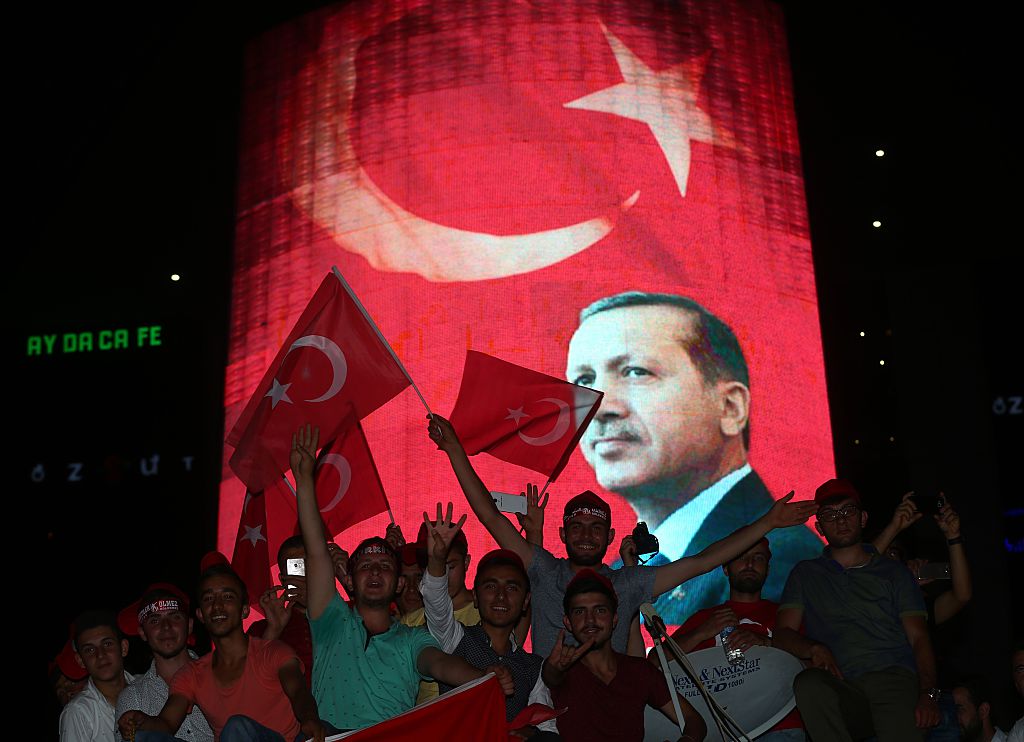 The Turkish government issued the release of ten of thousands of prisoners to make way for coup detainees. Photo: Getty

The death toll from Turkey’s weekend coup has risen to more than 290, including over 100 rebels, with 1400 people injured, according to the nation’s foreign ministry.

“More than 100 putschists” were killed and at least “190 of our citizens”, the ministry said in a statement.

Meanwhile, Turkey has widened a crackdown on suspected supporters of a failed military coup as the government claims it is back in control of the country and the economy, with authorities rounding up 6000 people.

The Turkish foreign minister has also moved to reassure Australia that his government is back in control.

Erdogan’s supporters of gathered in front of his Istanbul home to call for the plotters to face the death penalty, which Turkey outlawed in 2004 as part of its efforts to join the European Union.

“We cannot ignore this demand,” Erdogan told the chanting crowd. “In democracies, whatever the people say has to happen.”

He said a “terror group” led by Gulen had “ruined” the armed forces, that its members were being arrested in all military ranks, and that a purge of this “virus” would continue.

Gulen denies any connection with the coup.

Pictures on social media showed detained soldiers stripped to the waist, some wearing only their underpants, handcuffed and lying packed together on the floor of a sports hall where they were being held in Ankara.

One video posted on Twitter showed detained generals with bruises and bandages. Akin Ozturk, head of the air force until 2015 and identified by three senior officials as one of the suspected masterminds of the coup plot, was among those held.

The violence shocked the nation of almost 80 million, once seen as a model Muslim democracy, where living standards have risen steadily for more than a decade and where the army last used force to stage a successful coup more than 30 years ago.

It’s also shattered fragile confidence among Turkey’s allies about security in the NATO country, which is a leading member of the US-led coalition against Islamic State.

Foreign minister Julie Bishop has warned Australians to reconsider travel to Istanbul and Ankara as consular staff try to help those wanting to leave the country.

The government had earlier put the death toll from Friday night’s coup attempt at 265 after a faction of Turkey’s armed forces tried to seize power using tanks and attack helicopters.

The coup was declared over just after midday on Saturday (local time) and Turkish media said more than 3,000 military personnel had been arrested.

The crackdown is not limited to the military, with arrest warrants issued for a similar number of judges and prosecutors, according to state-run news agency Anadolu.

Among those arrested was General Bekir Ercan Van, commander of the Incirlik air base from which US aircraft launch air strikes on Islamic State militants in Syria and Iraq, an official said. A military aide to Mr Erdogan, Ali Yazici, was also detained.