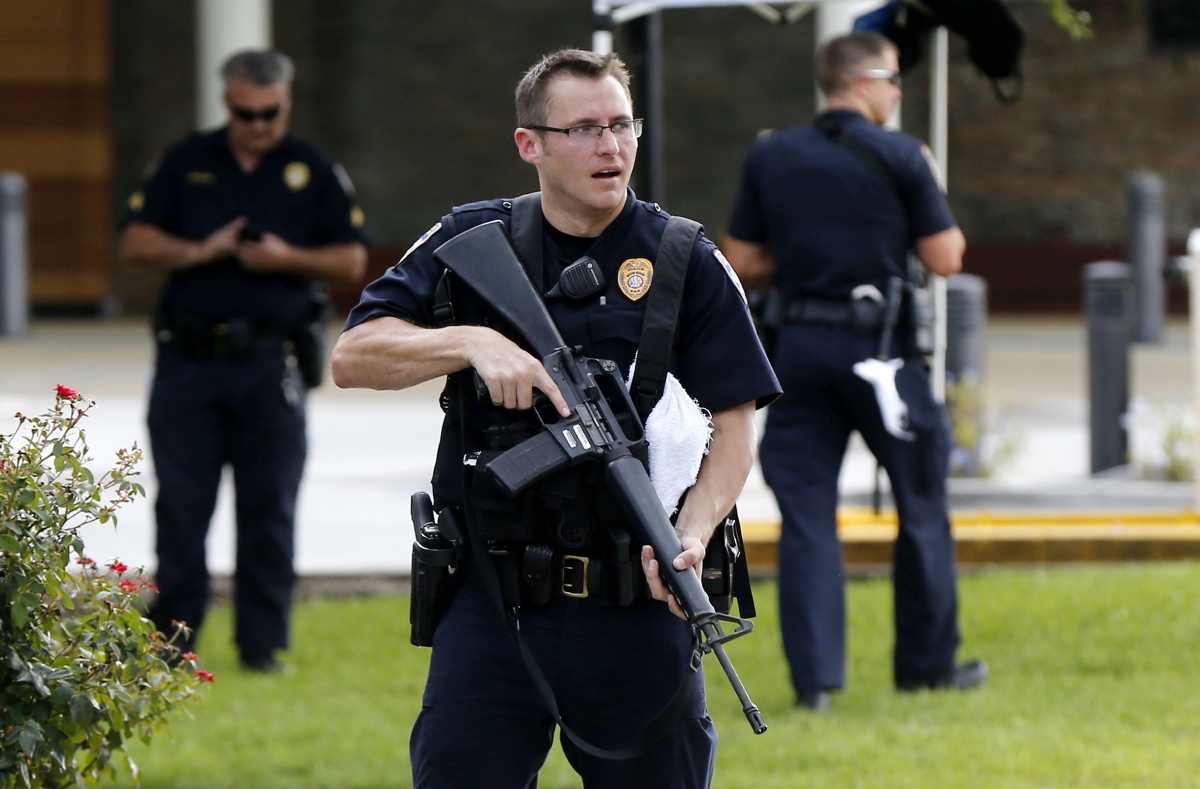 Three police officers have been shot to death and three others wounded in Baton Rouge, less than two weeks after a black man was killed by police in the Louisiana city, sparking nationwide protests.

The officers in Baton Rouge were responding to a call of shots fired on Sunday morning when they were attacked by at least one gunman, Baton Rouge Mayor Kip Holden said.

He said three officers had died in what he described as “an ambush-style deal”.

One suspect is dead and police were checking the shooting scene with a robot to make sure there are no explosives, Baton Rouge Police spokesman L’Jean Mckneely said.

US news outlets have identified the suspected gunman in the shootings as Gavin Long, a former marine from Kansas City, Missouri, who turned 29 on Sunday.

It was not immediately clear whether there was a link between the shootings and the recent unrest over the police killings of black men in Baton Rouge and Minnesota.

Police told CNN that Sunday’s shootings did not appear to be race-related.

President Barack Obama condemned the “attack on law enforcement in Baton Rouge” and vowed that justice would be done.

“We may not yet know the motives for this attack, but I want to be clear: There is no justification for violence against law enforcement. None. These attacks are the work of cowards who speak for no one,” Obama said in a statement.

Obama has sought to balance concerns about police abuses, largely against African-Americans, while paying tribute to fallen officers.

He attended a memorial service last week for five Dallas police officers killed by a black ex-US soldier at the end of a protest against the fatal police shootings of Alton Sterling in Baton Rouge and Philando Castile in Minnesota.

The Black Lives Matter civil rights movement has called for police to end racial profiling, bringing the issue to national attention ahead of the November 8 US presidential election.

Republicans have pushed back, calling for support of the police.

It is a time of especially heightened security across the country, notably in Cleveland and Philadelphia, hosts to this week’s Republican National

Convention and next week’s Democratic National Convention, respectively, which are expected to formally nominate Donald Trump and Hillary Clinton for the election.

“We demand law and order,” Trump said in a Facebook posting Sunday afternoon.

The head of a Cleveland police union called on Ohio Governor John Kasich to declare a state of emergency and suspend laws allowing for the open carry of firearms during the Republican convention.

“I don’t care what the legal precedent is. I feel strongly that leadership needs to stand up and defend these police officers,” Steve Loomis, president of the Cleveland Police Patrolmen’s Association, told Reuters in an interview.

Loomis said he was concerned about copycat shootings at the Republican convention.

A spokeswoman for Kasich said the governor did not have the power to suspend the open carry law.