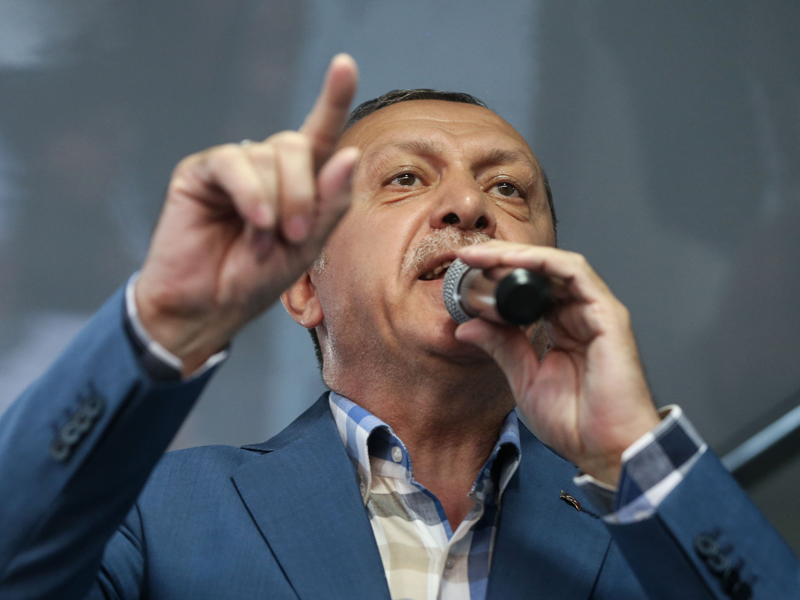 Turkey’s President Tayyip Erdogan has told a crowd chanting for the death penalty such demands may be discussed in parliament after a coup attempt by a faction in the military killed 265 people.

Looking relaxed and smiling, giving an occasional thumbs up to his supporters in Istanbul, Erdogan said on Saturday the coup attempt had been carried out by a minority in the army.

“The army is ours, not that of the parallel structure. I am chief commander,” he said, referring to the network of his arch enemy Fethullah Gulen, a US-based cleric he accuses of fomenting the coup plot and previous attempts to oust him.

Mehmet Müezzinoğlu, the ruling Justice and Development Party’s Deputy Leader, has said the government will introduce a bill calling for the execution of rebel soldiers.

“We will put forward a motion, which will demand the execution of those who have been involved in the coup attempt,” Mr Müezzinoğlu wrote on Twitter.

Following his comments, #Idamistiyorum (I want death penalty) has become the top trend on Twitter in Turkey.

Mr Gulen says he had no knowledge of the plot.

He told reporters at his Pennsylvania compound he knows only a “minute fraction” of his legions of sympathisers in Turkey, so he cannot speak about their “potential involvement” in the attempted coup against President Erdogan.

“You can think about many motivations of people who staged this coup,” Gulen, who has lived in the US for more than 15 years, said through an interpreter.

“It could be anything,”

The reclusive cleric, who very rarely speaks to reporters, talked about the failed overthrow attempt shortly after Erdogan demanded that the United States extradite him.

US Secretary of State John Kerry said the Obama administration would entertain an extradition request but Turkey would have to prove wrongdoing by Gulen.

Looking frail, Gulen, who is in his mid-70s, sat on a sofa in a large reception room outside his living quarters, with an aide taking his blood pressure before the news conference.

He said he wouldn’t have returned to Turkey even if the coup had succeeded, fearing he would be “persecuted and harassed.”

“This is a tranquil and clean place and I enjoy and I live my freedom here. Longing for my homeland burns in my heart, but freedom is also equally important,” said Gulen, who lives on the grounds of the Golden Generation Worship & Retreat Centre, an Islamic retreat founded by Turkish-Americans.

He has criticised Erdogan, his one time ally, over the Turkish leader’s increasingly authoritarian rule.

The Erdogan regime has launched a broad campaign against Gulen’s movement in Turkey and abroad, purging civil servants suspected of ties to the movement, seizing businesses and closing some media organisations.

About 150 supporters of Erdogan protested outside the compound Saturday, chanting and waving signs.