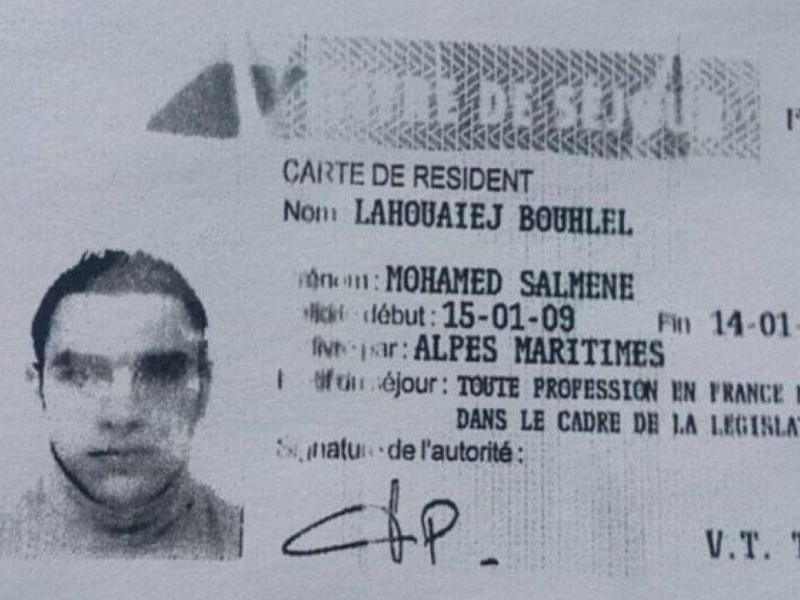 A disturbing picture is emerging of the Tunisian national killed by police after using a truck to killed 84 men, women and children during Bastille Day celebrations in Nice on Friday (AEST).

Mohamed Lahouaiej Bouhlel, 31, was getting divorced, had three children and lived in an ethnic working-class neighbourhood of the Mediterranean city.

• Terror in Nice: Attacker a French Tunisian
• ‘I saw bodies flying in the air like skittles’
• The ‘dreadful simplicity’ of vehicle attacks

The former deliveryman’s neighbours spoke of a sullen and angry man, prone to violent outbursts, who beat his wife and was recently convicted of a road rage attack on a fellow motorist.

While Bouhlel was not known to have any radical Islamic affiliations, he had a record of petty crime and mental instability.

Islamic State, nonetheless, is claiming responsibility for the truck attack.

“The person who carried out the operation in Nice to run down people was one of the soldiers of Islamic State,” the Amaq news agency affiliated with the militant Islamist group said on its Telegram account.

Bouhlel drove at the crowd in on Thursday night, zig-zagging along the seafront Promenade des Anglais for two kilometres as a fireworks display marking the French national day ended, until police eventually shot him dead.

Of the 84 who died, 10 were children. A reported total of 303 people were taken to hospital following the attack, the French health department said Saturday. Of those, 121 are still in hospital – 30 of whom are children – and 26 people are still in intensive care.

While initially described as a “lone wolf” attacker – not working under direction from any organisation – various media have reported Bouhlel sent his family in Tunisia the equivalent of $A150,000 in the days before the Nice atrocity.

“He used to send us small sums of money regularly like most Tunisians working abroad. But then he sent us all that money, it was a fortune.

“He sent the money illegally. He gave cash to people he knew who were returning to our village and asked them to give it to the family.”

French Interior Minister Bernard Cazeneuve has said it is believed that Bouhlel’s transformation to radical Islam was a recent occurrence,

“It seems that he was radicalised very quickly,” Mr Cazeneuve told reporters.

“In any case, these are the elements that have come up from the testimony of the people around him.”

One neighbour of Bouhlel’s estranged wife told reporters: “Mohamed only started visiting a mosque in April.”

Friends told police how Bouhlel had only grown a beard and expressed extremist views in recent weeks, authorities confirmed.

“They said he had started coming out with extremist statements and had suddenly developed an interest in radical Islam,” one official source was quoted as saying in The Sunday Telegraph.

But Bouhlel’s phone records showed he was in contact with known Islamic radicals.

Seven people believed to be linked to Bouhlel are reportedly in police custody, including his estranged wife.

Two arrests were made early Sunday, three were made on Saturday and two on Friday.

French television station BFM reported that Bouhlel sent a text message minutes before the Bastille Day attack asking for more weapons, suggesting he may have had accomplices.

The message, which read: “Bring more weapons, bring five of them to C”, was sent to an unidentified person at 10.27pm Thursday local time, just minutes before he embarked on his cowardly attack.

A psychiatrist who saw Bouhlel in 2004 told French magazine L’Express that the future terrorist came to him because of behavioural problems and that he diagnosed him as suffering from “the beginnings of psychosis.”

Speaking from Bouhlel’s home town in Tunisia, his sister confirmed to Reuters news agency he had been having psychological problems when he left for France in 2005.

Other relatives and friends interviewed in Nice doubted he had militant Islamist leanings.

He was not known by the Tunisian authorities to hold radical views, and had held a French residence permit for the past 10 years without obtaining French nationality.

Described by his neighbours as a handsome but frightening man, Bouhlel had just one criminal conviction: for road rage.

He was convicted for the first time in March this year, French Justice Minister Jean-Jacques Urvoas said.

“There was an altercation between him and another driver and he hurled a wooden pallet at the man,” Mr Urvoas said.

Since it was his first conviction, Bouhlel was given a suspended sentence and had to contact police once a week, which he did.

Neighbours in the residential neighbourhood in northern Nice where Bouhlel lived said he had a tense personality and did not mingle with others.

“I would say he was someone who was pleasing to women,” said neighbour Hanan.

“But he was frightening. He didn’t have a frightening face, but … a look. He would stare at the children a lot,” he added.

His home town Msaken is close to the coastal city of Sousse, where a gunman killed 38 people, mostly British holidaymakers, on a beach a year ago.

Many residents of the town have migrated to Nice, where the Tunisian community numbers about 130,000 people, according to Tunisian state news agency TAP.

Edwin Bakker, Professor at the Centre for Terrorism and Counterterrorism at the University of Leiden in the Netherlands, said Islamic State’s claim did not necessarily point to any formal link.

“Islamic State called for such (individual) attacks to be carried out back in 2014,” Prof Bakker said.

“They are also using the public perception that an attack like this seems to fit Islamic State.”

In Nice, where the holiday season would normally be in full swing, organisers of the annual jazz festival joined singer Rihanna in cancelling their event. A five-day annual festival that has run since 1948 had been due to start on Saturday.

Tearful well-wishers were still laying flowers, candles, teddy bears and drawings at a makeshift memorial on the Promenade des Anglais.

“Enough of the carnage. Stop the massacre,” read one sign.

“It’s the equivalent of driving at high speed on the promenade of Bondi Beach on New Year’s Eve,” the ambassador said.

Mr Brady said an Australian man and a woman, both in their early 20s, remained in hospital in satisfactory conditions and were “both doing OK”.

Another young woman was discharged from hospital earlier on Friday and two others suffered minor injuries.

It was not clear exactly how the five, understood to be on a Topdeck tour, sustained their injuries as the attack unfolded and thousands of panicked revellers fled the danger.

“We were very lucky because a lot of Australians now use Nice as their point of entry into France,” Mr Brady said, noting that the death toll included three Germans, two Americans, a Swiss and a Russian.

“The wantonness of it, the sheer evil has left the French public angry, a bit bewildered, but they have to take in their president’s real message and that’s that there will be other attacks.”

Next week at Fromelles and Pozieres in northern France many Australians are expected at the centenary commemorations of World War I battles in which thousands of Australians fought and died.

Mr Brady said that following the Nice attack, embassy staff had been in touch with French authorities regarding security at those events and “had been assured that the right resources required will be deployed”.