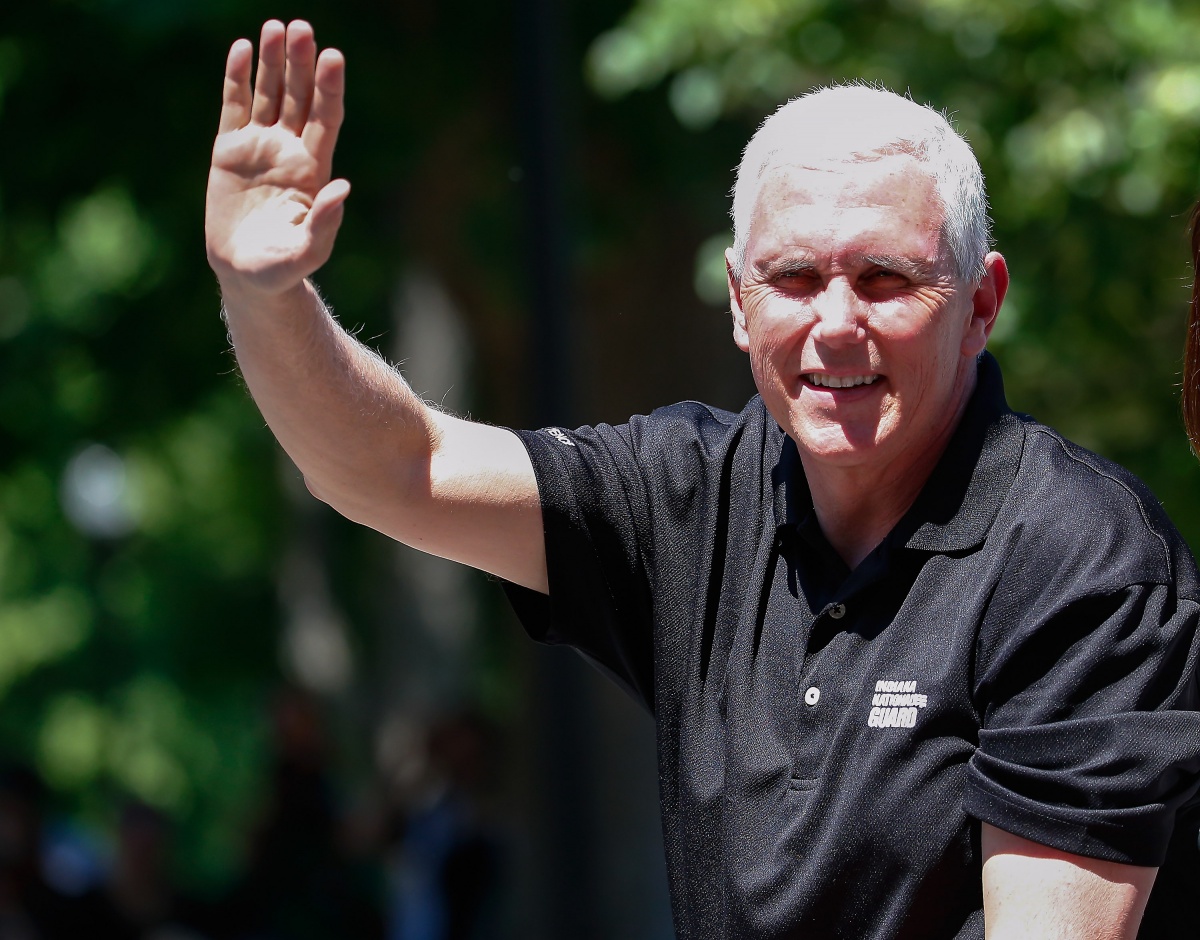 After touching down in South Korea amid soaring tensions and th threat of war, Pence will likely find his Australia visit a lot less stressful. Photo: Getty

Republican Donald Trump’s choice of Indiana Governor Mike Pence as his vice presidential running mate has helped bolster support among some conservatives skeptical about his policies.

Some conservatives, who had fought against Trump’s ascendancy in the Republican nominating race, welcomed his announcement that he had picked Pence, a well-known social and evangelical conservative.

Other conservatives were also heartened by Trump’s choice, which the businessman announced in a tweet ahead of a joint appearance in his hometown of New York on Saturday.

Pence is viewed as a safe choice for Trump.

The Indiana governor’s low-key demeanour is a contrast to that of the bombastic real estate developer.

He and Trump will have to smooth over some policy differences. Pence does not support trade protectionism or a temporary ban on Muslims entering the United States, two policies that are central to Trump’s campaign message.

In a Fox News interview on Thursday night, Trump said Pence had done a great job in Indiana and that of all the people he had interviewed for the job, “there’s nobody that agrees with me fully on everything”.

“By picking Mike Pence as his running mate, Donald Trump has doubled down on some of his most disturbing beliefs by choosing an incredibly divisive and unpopular running mate known for supporting discriminatory politics and failed economic policies that favour millionaires and corporations over working families,” Clinton campaign chairman John Podesta said.

Trump is set to be formally nominated as the party’s candidate for the presidential election at the convention, which opens in Cleveland on Monday.

The Republican National Committee expects the convention to draw 50,000 people to the Ohio city, whose population is about 390,000.

US authorities were preparing for the possibility of violence, whether from demonstrators or planned attacks.

The Department of Homeland Security will send more than 3000 personnel to each convention, Secretary Jeh Johnson said on Thursday, speaking before the Nice attack. No specific or credible threat to either gathering has been reported, he said.

He’s a latecomer on the Trump bandwagon

Pence did not initially support Trump.

Pence praised Trump at the time, but he compared Cruz to former Republican President Ronald Reagan and called him a “principled conservative.”

Trump won the state anyway, and Cruz dropped out of the Republican race. Trump and Pence have since met to discuss the running mate position.

Pence has strong ties to billionaire donors Charles and David Koch, including current and former staff members who have worked for them.

The New York businessman comes to the money race at a considerable disadvantage, however, compared with Democratic presidential candidate Hillary Clinton.

Pence sometimes describes himself as “a Christian, a conservative and a Republican, in that order.”

Pence in 2015 signed a religious freedom law that critics said opened the door to anti-gay discrimination. When he was in Congress, he opposed repealing the military’s “Don’t Ask Don’t Tell” policy on sexual orientation.

He also has pushed restrictive abortion regulations and has pushed for Congress to defund Planned Parenthood, a nonprofit women’s health provider that performs some abortions.

He’s a critic of the Wall St bailout

In September 2008, Pence, then a US House member, argued against the $US700 billion ($A920.27 billion) package to stabilise the US financial system, saying it would “nationalise almost every bad mortgage in America.”

Pence also said the Dodd-Frank financial reform legislation passed in 2010 would hurt jobs. Trump has vowed to dismantle Dodd-Frank, though he has not said how he would replace it.

In November 2015, the governor directed state agencies to suspend the resettlement of Syrians there. A family that was supposed to arrive in December was instead sent to Connecticut.

A federal judge later ruled the order “clearly discriminates” against refugees from a particular country.

However, Pence tweeted disapproval in 2015 for plans to ban Muslims from entering the United States, an idea Trump has advocated. Pence called it “offensive and unconstitutional.”