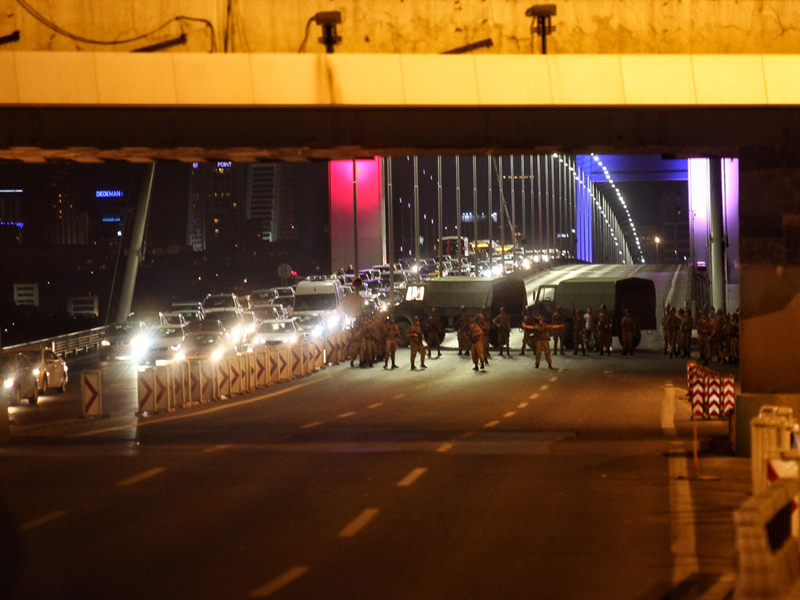 A group within Turkey’s military has attempted to overthrow the government and security forces have been called in to “do what is necessary”, the country’s Prime Minister has said.

Reports from the ground say security forces have partially shut down the two bridges across the Bosphorus Strait in Istanbul as military jets were heard flying low over the capital, Ankara.

Gunshots have been heard on the streets.

• Terror in Nice: Attacker a French Tunisian
• ‘I saw bodies flying in the air like skittles’
• The ‘dreadful simplicity’ of vehicle attacks

In a statement sent by email and reported on Turkish TV channels, the military said they had taken power to protect the democratic order and maintain human rights.

That statement said all of Turkey’s existing foreign relations would be maintained and that the rule of law would remain the priority.

But a Turkish presidential source said the statement made on behalf of armed forces was not authorised by military command.

Turkish Prime Minister Binali Yildirim described the events as an attempt to overthrow the Government.

“Some people illegally undertook an illegal action outside of the chain of command,” Mr Yildirim said in comments broadcast by private channel NTV.

“The Government elected by the people remains in charge. This government will only go when the people say so.”

He added that those responsible would pay the highest price.

People in Ankara took to social media to post videos of low flying jets, or Turkish soldiers on the streets telling them to go home and that they had taken control.

All flights were reportedly cancelled from Turkey.

The bridges were closed by the gendarmerie — a branch of the Turkish military dedicated to internal security — for traffic travelling from Asia to Europe.

Traffic was still moving in the other direction.