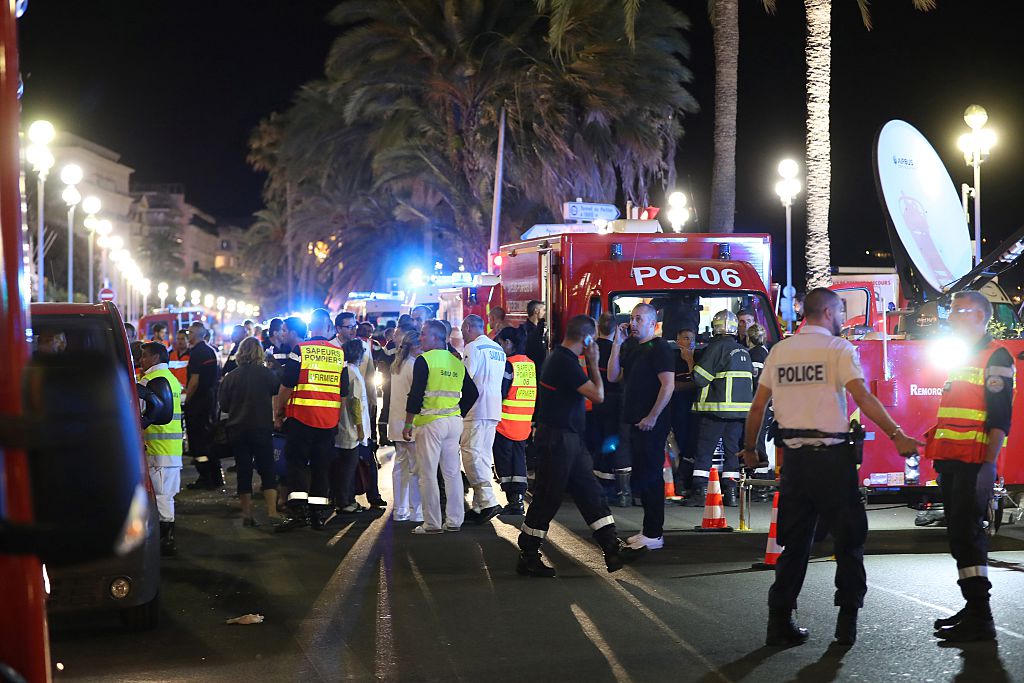 Journalist Damien Allemand provided one of the first eye-witness accounts of the Nice attack.

The streets were filled with revellers, including many families who’d come to see the evening fireworks display.

It was a “cool” scene, he wrote. But in a moment it all changed.

“In the distance, a noise. A few cries. My first thought was some trickster had wanted to have their own fireworks display on the side, but things had gone wrong.

The truck passed just a few meters from where I was standing. I saw bodies flying through the air like skittles. I heard some noise, and blood-curdling screams that I will never forget.

I was paralysed. I couldn’t move. All around me, it was total panic. People were running, screaming, crying. So then I realised what was happening and I began to run with them.

I ran towards the Cocodile (restaurant), where everyone went to seek refuge. I was probably there just a few minutes, but it felt like an eternity.

I was absolutely busting to know what had just happened. So I left the area. The Promenade was empty, not a sound, no sirens, no cars.

I then crossed the median strip to return to the site of the route the truck had taken. I crossed over and came across Raymond, a guy in his 50s, in tears, out of breath told me: ‘there are dead people everywhere’. He was right.

Right behind him there were bodies every 5m, lifeless, some limbs, some blood. I could hear moaning and groaning.

The beach lifeguards were the first on the scene. They had brought water for the injured and towels which they had taken to the site where, really, there was no longer any hope.

That was the moment where I completely lost my nerve.

I would have wanted to help, offer some assistance, in short, to do something, anything. But I just couldn’t. I felt paralysed once again.

A second wave of panic took me back to the Cocodile.

The truck’s murderous run, dozens of meters long, had come to a stop dozens of meters further on, its windscreen peppered with bullets. I’d never heard any firing, just the screaming. And now tears. A lot of tears.

I carried on. Straight ahead. I gathered my scooter to get as far away from this hell as possible. I went back up to the Promenade, at that moment realising the true scale of the drama.

Dead bodies and the injured strewn across the footpath right up as far as the Lenval building. The first ambulances began to arrive.

This evening, it was a nightmare.”

‘I saw bodies flying in the air like skittles’