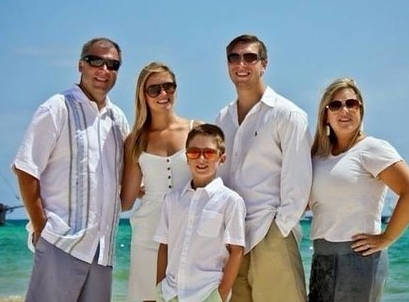 As the death toll climbs above 80, details are beginning to emerge of the victims who lost their lives in the devastating Bastille Day attacks in Nice, and those who have been wounded.

The French Interior Ministry announced on Friday evening AEST that the toll had reached 84. Several children are among the 84 victims.

French President Francois Hollande said on Friday evening AEST that 50 people were still fighting for their lives following the attack that killed at least 84 people in Nice on Thursday.

“About 50 people are in an absolute urgency between life and death,” Hollande said after visiting victims at a hospital in the French Riviera city.

Revellers were celebrating France’s Bastille Day – the country’s most important public holiday and a commemoration the French Revolution.

The toll reportedly includes a number of children and Laurence Marie from the Lenval paediatric hospital told Reuters multiple children were undergoing surgery.

“They have suffered minor injuries, seeking to flee the scene, to get away from the scene,” she told reporters in Perth on Friday.

Ms Bishop condemned the incident – in which a truck ploughed through Bastille Day celebrations – saying it had all the hallmarks of a terrorist attack.

What we know of the victims

While the full list of victims is yet to be known, information is slowly emerging via family and friends.

The Hill Country Baseball team in Texas shared a Facebook post announcing 11-year-old player and his Father had died in the attacks while on holiday.

“This afternoon our very own Brodie Copeland, as well as his father Sean Copeland, were killed during the terrorist attack in Nice, France.”

The post included an image of 11-year-old Brodie hours before the attacks, smiling and swimming on the French Riviera.

The Daily Telegraph reported one of the Australians was a female who had been travelling with touring company Topdeck.

Her injuries are described as “minor” and she is expected to recover fully.

Details of the other two victims are not yet known.

A number of Australians holidaying or living in France witnessed the event and expressed their sadness in Facebook posts.

Holidayer Rhys Lawry, a web developer at the University of Melbourne, said he was safe after running from the deadly truck.

“There was a stampede of people running away from something on the beach, all I could do was run with them,” he wrote.

“I’m finding out from news reports at the same time as you are, but I am safe.”

Another Australian Buck Rogers said he and his friends had tried to help those hit by the truck.

“Unfortunately not all could be helped … I wish no other person to witness that,” he wrote on Facebook.

Mr Rogers said he and his friends were “in lockdown” at a hostel with other Australian tourists and did not know when they’d be able to leave Nice.

What we know of the killer

The killer behind the wheel of the truck was a 31-year-old Franco-Tunisian, born in Tunisia.

Associated Press reported the killer had been formally identified by police though identification papers found in the truck, but his name had not been released.

The man had been known to authorities before the attack for small crimes such as theft but was not on a terror watch list, a police source told Reuters.

It’s believed the attacker fired a number of shots at police before being shot dead.

While heads of state across the world expressed their condolences, a number of high-profile events have taken the opportunity to commemorate the victims.

The Tour de France announced its 13th stage would still go ahead, but there was a minute’s silence held at the start of the day’s racing.

French golfer Clement Sordet expressed his grief on the course at the British Open, writing ‘Pray for Nice’ on his cap.

Labor victory fires up Tamil family’s hopes of return to their Biloela home
Perth residents urged to play it safe as massive storm rolls across region
Joe Biden says he’s not fussed by North Korea’s rumoured return to nuclear tests
ACTU hails Labor’s triumph as the first step to pay raises
Analyst: Sharemarket will be anxious about a Labor pact with Greens
French foreign minister hails defeat of Morrison and his ‘notorious incompetence’
‘All of France is under threat’: nation reels after Bastille Day atrocity
Today's Stories