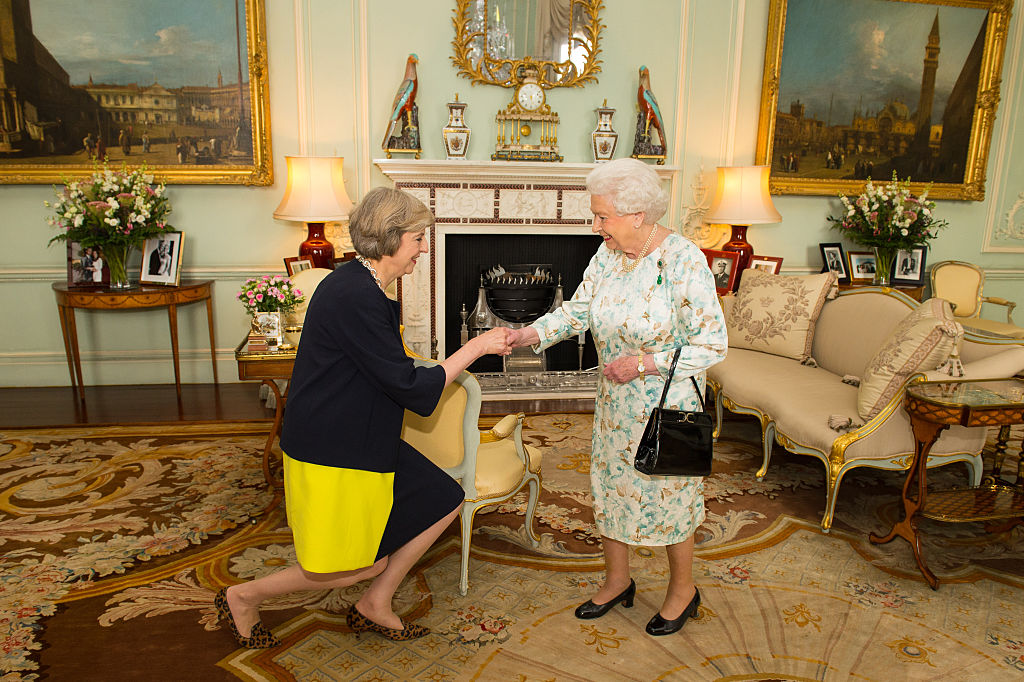 Theresa May has become Britain’s prime minister with the task of leading its complex divorce from the European Union.

The former Conservative interior minister, 59, on Wednesday said after being appointed by Queen Elizabeth that she would champion social justice and carve out a bright new future for Britain after last month’s shock referendum vote to quit the EU.

“Following the referendum we face a time of great national change. And I know because we’re Great Britain that we will rise to the challenge,” Ms May told reporters, flanked by her husband Philip.

“As we leave the European Union we will forge a bold new positive role for ourselves in the world.

“And we will make Britain a country that works not for a privileged few but for everyone of us.”

May will be Queen Elizabeth’s 13th prime minister in a line that started with Winston Churchill. An official photograph showed her curtseying to the smiling monarch.

She is also Britain’s second female head of government after Margaret Thatcher.

Seen as a tough, competent and intensely private person, already being compared to Germany’s Angela Merkel, she must now try to limit the damage to British trade and investment as she renegotiates the country’s ties with its 27 EU partners.

She will also attempt to unite a fractured nation in which many, on the evidence of the referendum, feel angry with the political elite and left behind by the forces of globalisation.

Acknowledging the struggles faced by many people, May declared: “The government I lead will be driven not be the interests of the privileged few, but by yours. We will do everything we can to give you more control over your lives.”