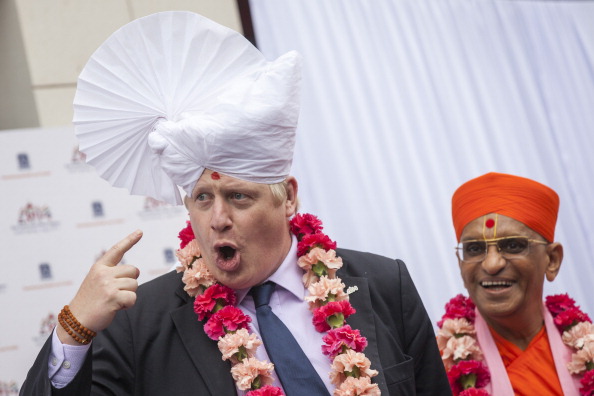 The man many people hold responsible for Britain leaving the Europe Union will also be the man responsible for negotiating its exit and building a new relationship with the continent and the world.

Boris Johnson was hugely popular as London’s flamboyant, bike-riding mayor, but his support became sharply divided as he became the face of the ‘Leave’ campaign in Britain’s recent Brexit referendum.

After pulling out of the running to replace David Cameron as British Prime Minister, Mr Johnson’s next incarnation will be as the country’s Foreign Minister – an appointment that raised more than a few eyebrows within the United Kingdom and around the world. Throughout his career as a journalist, MP and mayor, he has been known for his wit, ambition, charisma and intellect. Diplomacy is not a term usually associated with him.

Educated at the exclusive Eton school and Oxford University, Mr Johnson first made a name for himself with his plain-speaking newspaper columns and often politically incorrect comments.

While undoubtably a clever politician, many are wondering if he is the right man to represent the Theresa May government and Britain to the world.

Here are a few reasons why.

On the eve of US President Barack Obama’s visit to Britain this year, Mr Johnson suggested in an article for The Sun newspaper that the US leader had removed a bust of Winston Churchill from the Oval Office due to anti-British sentiment.

“No-one was sure whether the President had himself been involved in the decision. Some said it was a snub to Britain,” he wrote.

“Some said it was a symbol of the part-Kenyan president’s ancestral dislike of the British empire – of which Churchill had been such a fervent defender.”

Earlier this year Mr Johnson won a competition for offensive poetry in The Spectator magazine with the subject: Turkish President Recep Tayyip Erdogan.

“There was a young fellow from Ankara
Who was a terrific wankerer
Till he sowed his wild oats
With the help of a goat
But he didn’t even stop to thankera.”

In March, Mr Johnson used his weekly column in the Telegraph newspaper to, sort of, praise the Syrian leader Bashar al-Assad.

Under the title, “Bravo for Assad – he is a vile tyrant but he has saved Palmyra from ISIL”, he wrote: “I cannot conceal my elation as the news comes in from Palmyra and it is reported that the Syrian army is genuinely back in control of the entire UNESCO site.

“Yes, I know. Assad is a monster, a dictator. He barrel-bombs his own people. His jails are full of tortured opponents … and yet there are at least two reasons why any sane person should feel a sense of satisfaction at what Assad’s troops have accomplished.”

In the same Telegraph column on Mr Assad, Mr Johnson asserted that the Syrian army’s victory over Islamic State had more to thank from Russia than “British or Western policy”.

“It has been [Russian President Vladimir] Putin who with a ruthless clarity has come to the defence of his client, and helped to turn the tide.

“If reports are to be believed, the Russians have not only been engaged in air strikes against Assad’s opponents, but have been seen on the ground as well.

“If Putin’s troops have helped winkle the maniacs from Palmyra, then (it pains me to admit) that is very much to the credit of the Russians.”

In another column in the Telegraph headlined “Let’s deal with the Devil: we should work with Vladimir Putin and Bashar al-Assad in Syria”, Mr Johnson wrote: “This is the time to set aside our Cold War mindset. It is just not true that whatever is good for Putin must automatically be bad for the West.

“We both have a clear and concrete objective – to remove the threat from ISIL. Everything else is secondary.”

In an interview with the Sunday Telegraph newspaper in May while spruiking the Brexit, Mr Johnson said the past 2000 years of European history had been characterised by repeated attempts to unify Europe under a single government.

“Napoleon, Hitler, various people tried this out, and it ends tragically,” Mr Johnson was quoted as saying.

“The EU is an attempt to do this by different methods.”

After Donald Trump said the US had to be vigilant of Muslim immigration because parts of London and Paris were now so radicalised, and police officers feared for their lives, Mr Johnson described the presumptive Republican presidential nominee’s comments as “nonsense”.

“The only reason I wouldn’t go to some parts of New York is the real risk of meeting Donald Trump.”

Presumptive Democratic presidential nominee Hillary Clinton also has cause to remember Mr Johnson after he painted a colourful picture of her in yet another Telegraph column.

In a column headlined “I Want Hillary Clinton to be President”, Mr Johnson wrote: “She’s got dyed blonde hair and pouty lips, and a steely blue stare, like a sadistic nurse in a mental hospital.”

While in Beijing for the closing ceremony of the 2010 Olympic Games, Mr Johnson said “respectfully to our Chinese hosts” that table tennis was “invented on the dining tables of England in the 19th century. It was. And it was called wiff waff”.

Mr Johnson was forced to apologise in 2006 after describing the people of Papua New Guinea as being prone to “cannibalism and chief-killing” in the Telegraph.

The then PNG High Commissioner in London, Jean Kekedo, said she was “shocked and appalled” by the comments.

“What a relief it must be for Blair to get out of England. It is said that the Queen has come to love the Commonwealth, partly because it supplies her with regular cheering crowds of flag-waving piccaninnies,” he wrote.

“They say he is shortly off to the Congo.

“No doubt the AK47s will fall silent, and the pangas will stop their hacking of human flesh, and the tribal warriors will all break out in watermelon smiles to see the big white chief touch down in his big white British taxpayer-funded bird.”