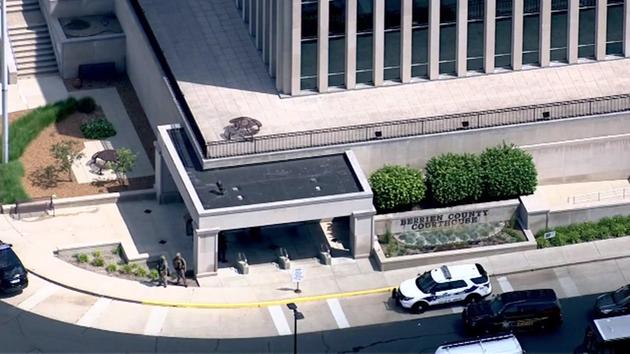 Two sheriff’s deputies have been shot and killed at a courthouse in St. Joseph in southwest Michigan, and the suspect in the shooting has also been killed, Berrien County Sheriff Paul Bailey has told reporters at a news conference.

Buildings in the area were put on lockdown after the shooting on Monday, according to media reports.

“MSP (Michigan State Police) has secured the scene at the Berrien County courthouse and started its investigation into the shooting that occurred this afternoon,” Governor Rick Snyder said in a tweet.

A witness, Gretta Volkenstein, told CNN that buildings and government agencies in the area were all on lockdown.