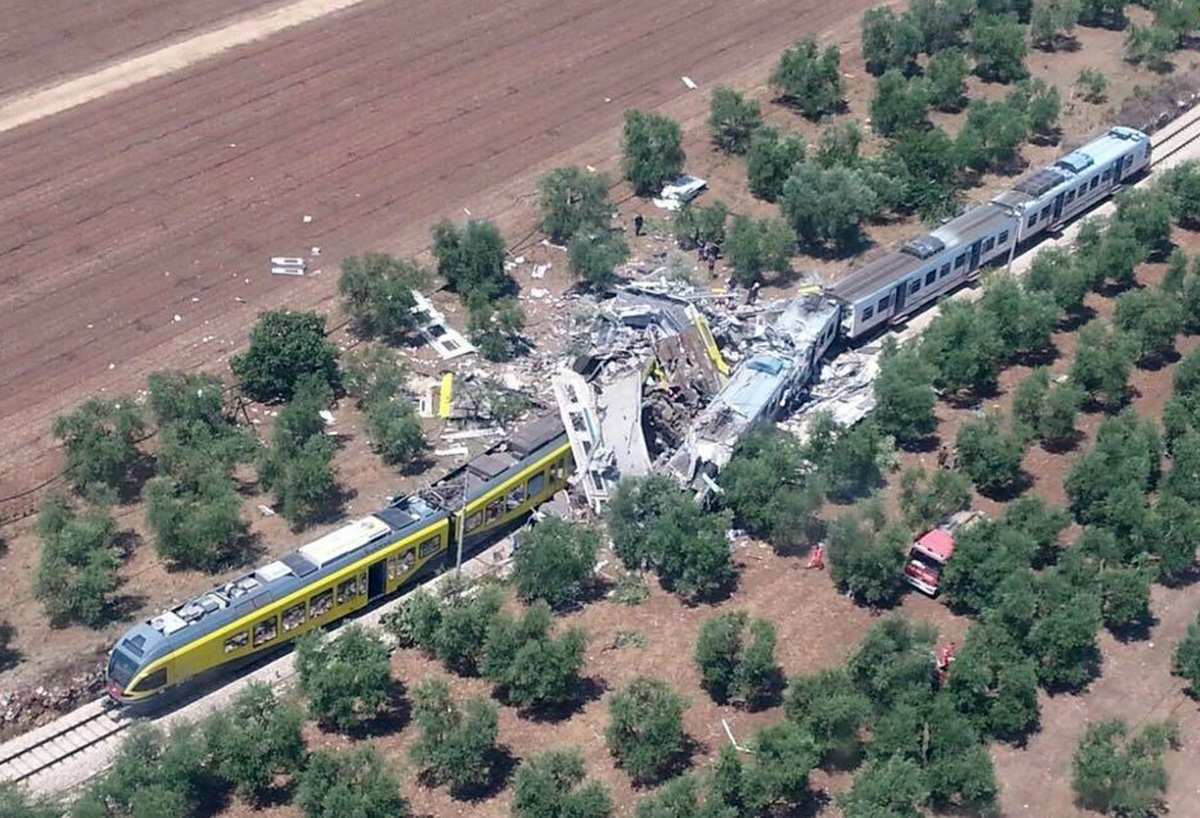 UPDATE: The death toll from a high speed train crash in southern Italy has risen to 27 after rescuers worked through the night to try to extract bodies from the tangled wreckage and continued their search in the morning.

With Italian media focusing on the antiquated technology on the single-track line, prosecutors have opened an investigation and Prime Minister Matteo Renzi has promised that the cause of Tuesday’s accident will be quickly identified.

Rescuers were still searching for the driver of one of the trains that collided head-on while travelling down the same stretch of track linking the small towns of Corato and Andria in the southeastern Puglia region in Italy’s heel.

The driver of the other train was one of the victims. With dozens of people injured, some seriously, rescuers expected the death toll could rise higher.

It is still unclear whether the accident was due to human error or a technical problem on a stretch of track where safety is dependent on telephone calls rather than computer systems.

Amid allegations that European Union funds available to upgrade the line had been wasted, Transport Minister Graziano Delrio was to address parliament on the accident.

While Italy boasts efficient high-speed train links between its main cities of Naples, Rome, Milan and Turin, much of the country is still dependent on slow, outdated and dilapidated services, especially in the undeveloped south.

Commentator Roberto Saviano, author of best-selling novel Gomorra about the Naples underworld, said Renzi has to do something about the country’s “abandoned and neglected” railways.

“Getting around by train in the southern regions of Puglia, Calabria, Campania, Basilicata and Sicily is an enterprise for adventurers,” he wrote on his Facebook page.

The stretch of track is operated by a regional rail company Ferrotramviaria.

The last major rail disaster in Italy was in 2009 when a freight train derailed in Viareggio, in the centre of the country, with more than 30 people living close to the tracks killed in the subsequent fire.