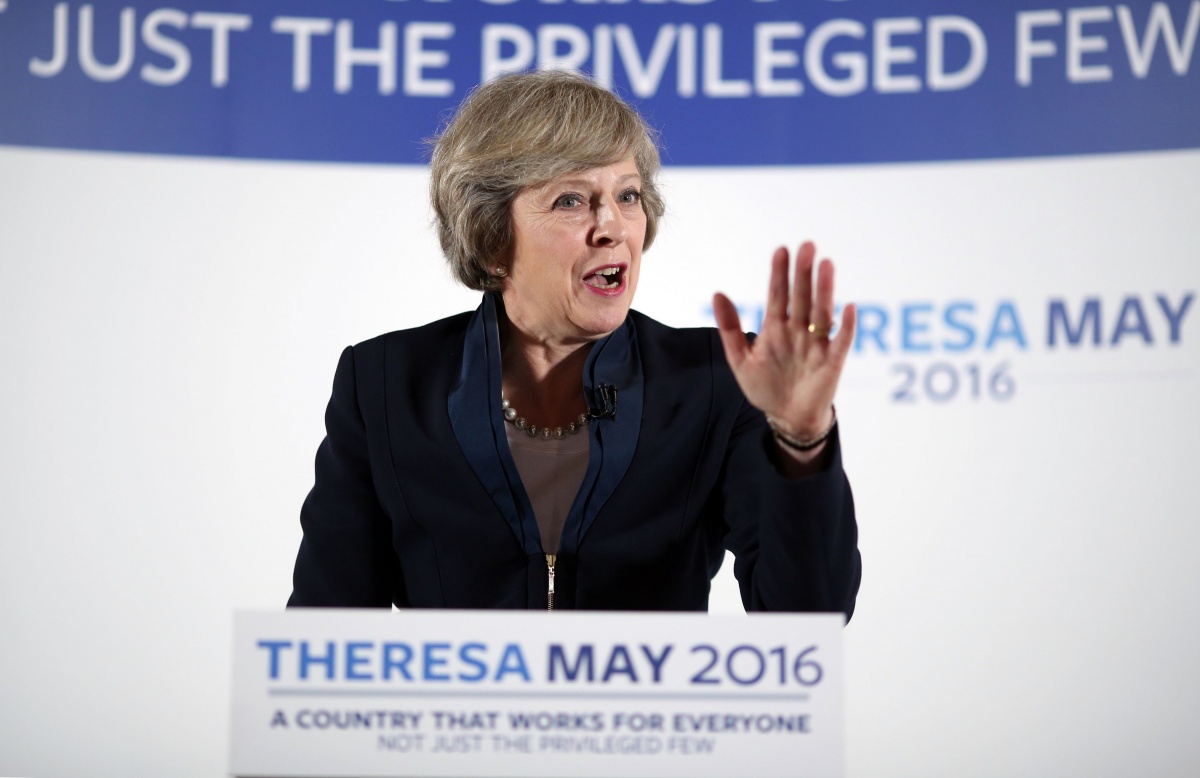 Energy Minister Andrea Leadsom has abruptly withdrawn from the contest to succeed David Cameron as Britain’s prime minister, leaving her rival Theresa May as the only candidate.

The two women had been due to contest a ballot of around 150,000 Conservative party members, with the result to be declared by September 9, but the shock announcement opens the way for May to take over much sooner.

Leadsom was barely known to the British public until she emerged as a prominent voice in the successful campaign for Britain to leave the European Union.

With no cabinet experience, she had been strongly criticised over a newspaper interview in which she appeared to suggest that being a mother meant she had more of a stake in the country’s future than May, who has no children.

Leadsom, 53, read out a statement to reporters in which she said she was pulling out of the race because a nine-week leadership campaign was highly undesirable at such a critical time.

She acknowledged that May had secured much stronger backing in a vote of Conservative members of parliament last week.

“Strong leadership is needed urgently to begin the work of withdrawing from the European Union,” Leadsom said on Monday.

“I have … concluded that the interests of our country are best served by the immediate appointment of a strong and well supported prime minister. I am therefore withdrawing from the leadership election and I wish Theresa May the very greatest success. I assure her of my full support.”

May, 59, who has served as interior minister for the past six years, is now set to become Britain’s second female prime minister after Margaret Thatcher, although it was not clear how soon that would happen.

Graham Brady, head of the 330-strong Conservative faction in parliament, said there were still constitutional procedures to be observed before her appointment could be confirmed, but he aimed to make a confirmation announcement as soon as possible.

In a speech earlier on Monday, May set out her vision for the economy, calling for “a country that works for everyone, not just the privileged few”.

“In the coming weeks I will set out (how) to take our economy through this period of uncertainty, to get the economy growing strongly across all parts, to deal with Britain’s long-standing productivity problem, to create more well-paid jobs, to negotiate the best terms for Britain’s departure from the EU and to forge a new role for ourselves in the world,” she said.

May favoured the ‘Remain’ side during last month’s referendum campaign.

But she repeated her new mantra that “Brexit means Brexit”, saying there could be no second referendum and no attempt to rejoin the EU by the back door.

“As prime minister, I will make sure that we leave the European Union,” she said.

“The British people were given their opportunity to vote on this… They’ve given us a very clear message, and I think we respond to that message and we do what the British people have asked us to.”

The 52-48 per cent vote to quit the EU after 43 years of membership has shaken financial markets because the complex divorce process creates huge uncertainty for business, trade and investment.

It has thrown both Britain’s major political parties into upheaval.

Minutes before Leadsom’s announcement, opposition Labour MP Angela Eagle said she would challenge Jeremy Corbyn for the leadership of the party.

Theresa May unopposed to become next British PM