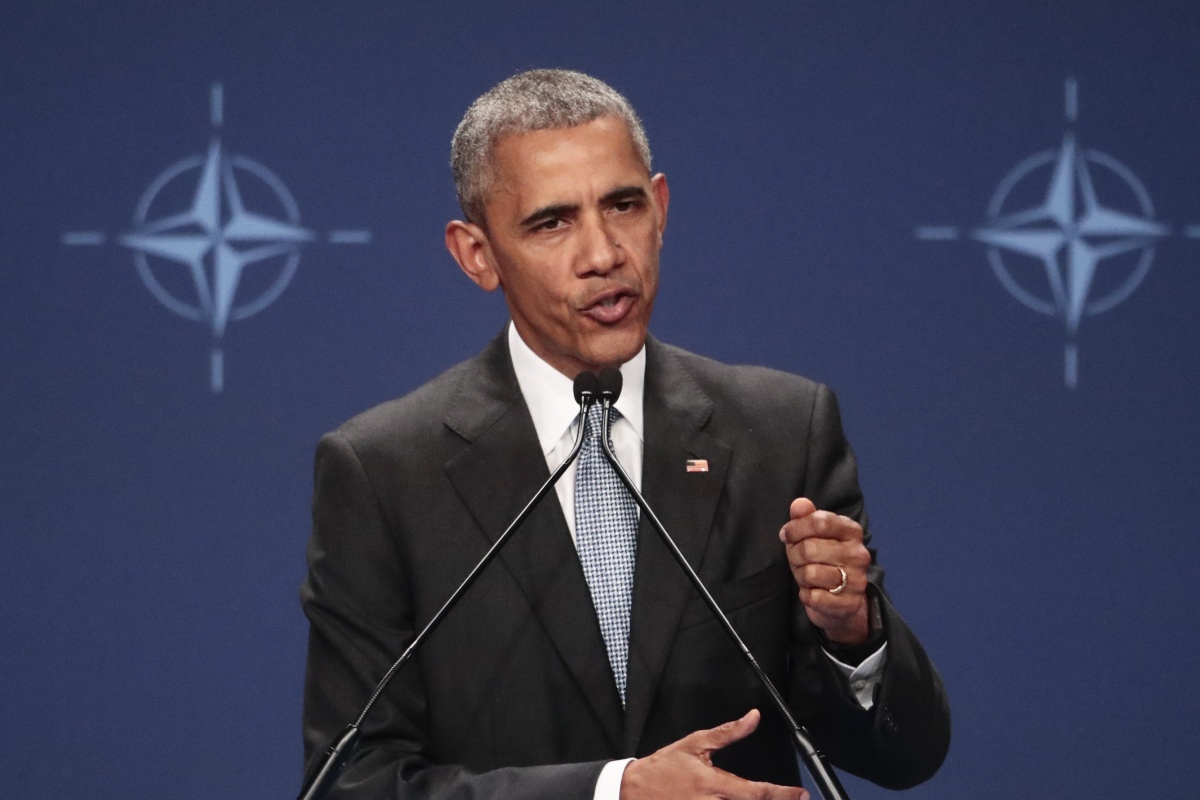 President Barack Obama has urged Americans not to view the United States as being riven into opposing groups.

He is seeking to soothe raw emotions after a former US soldier killed five policemen in Dallas and high-profile police shootings of two black men in Minnesota and Louisiana.

“First of all, as painful as this week has been, I firmly believe that America is not as divided as some have suggested,” Obama, who will cut short his European trip on Sunday to visit Dallas, told a weekend news conference in Warsaw.

“When we start suggesting that somehow there’s this enormous polarisation, and we’re back to the situation in the ’60s, that’s just not true,” Obama added.

Authorities named former US Army Reserve soldier Micah Johnson, a 25-year-old African-American, as the lone gunman in Thursday night’s sniper attack in Dallas, which came at the end of a march by hundreds of demonstrators decrying the fatal police shootings of black men days earlier.

Dallas remained on edge on Saturday, with police headquarters and surrounding blocks cordoned off and SWAT teams deployed after police received an anonymous threat against officers across the city.

Police searched a headquarters parking garage for a “suspicious person” but no suspect was found.

Obama said: “Americans of all races and all backgrounds are rightly outraged by the inexcusable attacks on police, whether it’s in Dallas or any place else.”

He added they also are rightly saddened and angered about the deaths of Sterling and Castile, and about “the larger, persistent problem of African-Americans and Latinos being treated differently in our criminal justice system”.

Obama, the first black US president whose term in office ends next January, said he hopes he has been able to get all Americans to understand the nation’s difficult legacy of race.

Obama said Americans cannot let the actions of a few define all.

Seven other police officers and two civilians were wounded in Dallas.

Johnson was killed by a bomb-carrying robot deployed in a parking garage where he had holed up and refused to surrender during hours of negotiations with police.

While Thursday’s attack stunned Dallas into mourning, it did not stop demonstrations on Saturday against killings by police, with protesters blocking major roads in various cities.

Hundreds of protesters shut down I-94, a major thoroughfare linking the Twin Cities of Minneapolis and St Paul.

In Baton Rouge, scuffles broke out between riot police and demonstrators. About 30 arrests were reported.

There were protests in other cities including Washington, San Francisco, Nashville, Tennessee, and Indianapolis, Indiana.

About a thousand demonstrators turned out in New York, where they stymied traffic on busy Fifth Avenue and shouted chants such as “No racist police, no justice, no peace”, leading to about a dozen arrests.

Police use of force, particularly against African-Americans, has come under intense scrutiny in the past two years because of a string of high-profile deaths in cities from Ferguson, Missouri, to New York.

Obama, who has been blocked by the Republican-led US Congress in his bid for new gun-control measures, expressed new frustration over lax firearms laws in the United States, saying it is unique among advanced countries in the scale of violence it experiences.

“With respect to the issue of guns, I am going to keep on talking about the fact that we cannot eliminate all racial tension in our country overnight,” Obama said.

“We are not going to be able to identify ahead of time and eliminate every madman or troubled individual who might want to do harm against innocent people.

“But we can make it harder for them to do so.”