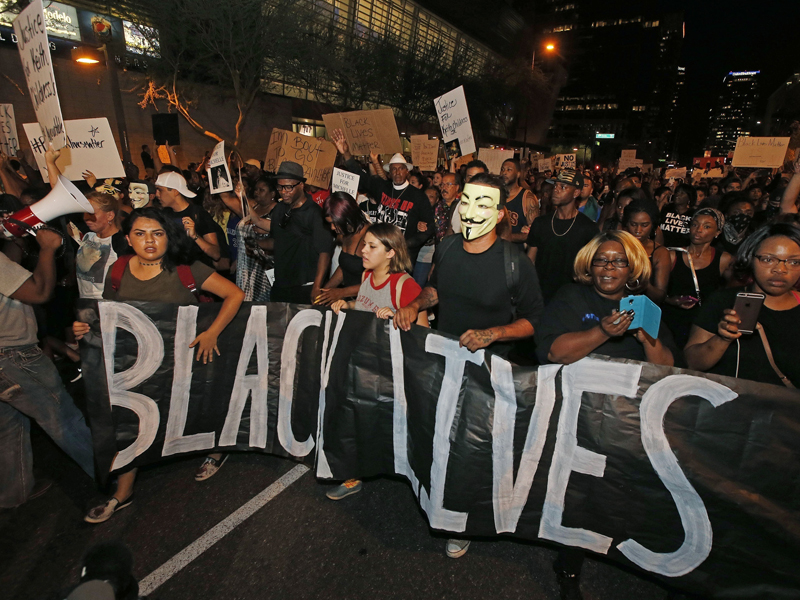 The Dallas Police Department is taking “extra safety precautions” following an anonymous threat against officers across the city.

“The Dallas Police Department received an anonymous threat against law enforcement across the city and has taken precautionary measures [to heighten security],” Dallas police said in an emailed statement.

President Barack Obama has rejected the notion that recent violence is a signal the US has returned to the darkest days of its past, saying that as painful as the killings of police and black men were, “America is not as divided as some have suggested.”

“Americans of all races and all backgrounds are rightly outraged by the inexcusable attacks on police, whether it’s in Dallas or anyplace else,” Obama said on Saturday from Warsaw, Poland, where he attended a NATO summit.

“That includes protesters. It includes family members who have grave concerns about police conduct and they’ve said that this is unacceptable,” Obama added. “There’s no division there.”

The comments marked the third time in as many days that Obama has spoken about the police-involved fatal shootings of black men in Louisiana and Minnesota that were immediately followed by a sniper attack in Dallas that killed five police officers on Thursday night.

“This has been a tough week,” the president said.

Obama said the Dallas shooter, an Army veteran who was later killed by police, was a “demented individual” who does not represent black Americans, any more than a white man accused of killing blacks at a church in Charleston, South Carolina, represented whites.