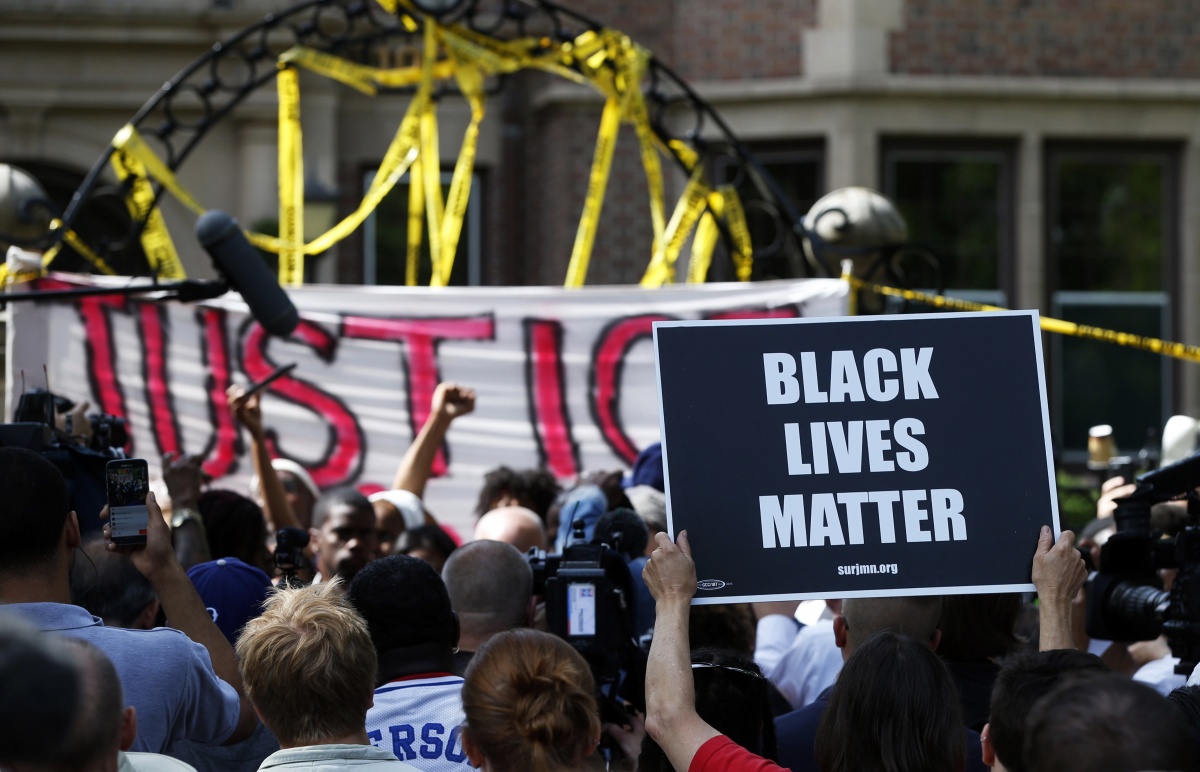 A police officer fatally shot a black man during a traffic stop near Minneapolis and the victim’s girlfriend posted live footage of the bloody aftermath to Facebook, sparking immediate outrage and a call by the state governor for a federal investigation.

“Police officers should not be able to gun a man down for no reason,” Diamond Reynolds, the girlfriend of shooting victim Philando Castile, said on Thursday, hours after the Wednesday evening incident.

She said Castile, 32, was shot in front of her and her 4-year-old daughter after police pulled their car over, reportedly for a broken tail light.

“Nothing within his body language said ‘Kill me, I want to be dead’,” she said.

Minnesota Governor Mark Dayton said a state investigation was under way and that he had asked the US Justice Department to begin an immediate, independent probe.

Dozens of protesters gathered at the governor’s mansion, where Dayton spoke at a news conference with Reynolds and civil rights activists.

As Reynolds spoke, people shouted “murder,” and called for the arrest of the police officer involved.

The use of force by police against African-Americans in cities from Ferguson, Missouri, to Baltimore and New York has sparked periodic and sometimes violent protests, as well as spawning a movement called Black Lives Matter.

Anger has intensified when the officers involved in such incidents are acquitted or not charged at all.

The latest shooting was especially chilling because Reynolds streamed a 10-minute video on Facebook moments afterward.

The Justice Department said it was assessing the Minneapolis area incident but did not say if it would start a formal investigation into whether excessive force was used.

Castile was killed hours after the department said it had opened an investigation into Tuesday’s fatal shooting of a black man in Baton Rouge, Louisiana, by two police officers.

US President Barack Obama is “deeply disturbed” by the latest lethal shootings by police, the White House said, adding that the incidents do not need to drive a wedge between communities and law enforcement.

“I never once in my life would have thought that my son would be killed by the persons that were supposed to protect and serve him,” the victim’s mother, Valerie Castile, said.

He had a permit to carry a concealed weapon, she said.

Reynolds said police had not tried to check if her boyfriend was alive after they shot him, and it had taken at least 15 minutes for paramedics to arrive. She said he was shot five times.

The video Reynolds posted to Facebook began with her in the passenger seat describing what had happened moments before. A black man covered in blood sat in the driver’s seat as a police officer pointed a gun into the vehicle.

“He was trying to get out his ID and his wallet out of his pocket,” Reynolds said.

“He let the officer know that he had a firearm and that he was reaching for his wallet, and the officer just shot him in his arm.”

Police said a handgun was recovered at the scene.

“I told him not to reach for it,” a distraught man is heard screaming in the video.