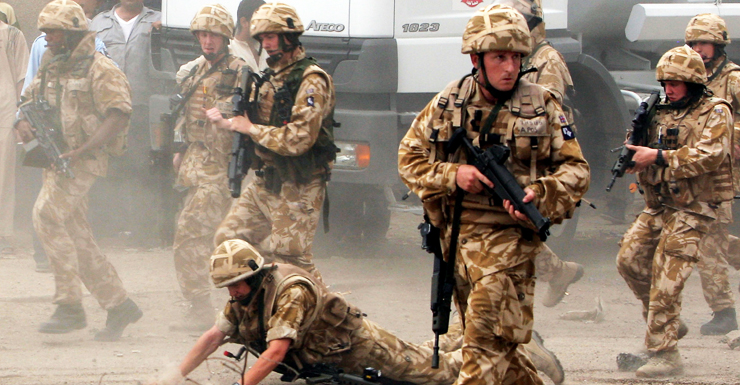 The long-awaited Chilcot report into the United Kingdom’s involvement in the Iraq war has found the mission was based on “flawed” intelligence, executed with “wholly inadequate” planning, and the process of determining its legality was “far from satisfactory”.

“It is now clear that policy on Iraq was made on the basis of flawed intelligence and assessments,” he said. “They were not challenged, and they should have been.”

Chilcot reported that Tony Blair’s government presented evidence about Saddam Hussein’s weapons of mass destruction “with a certainty that was not justified” and troops were sent in before all peaceful options had been exhausted.

He said the Joint Intelligence Committee should have made clear to Blair the intelligence had not established “beyond doubt” that Iraq had either continued to produce chemical and biological weapons or was continuing with efforts to develop a nuclear bomb.

Although the inquiry did not express a view on whether the invasion was legal, Chilcot criticised the way in which Blair and his attorney general, Lord Goldsmith, reached their decision on its legal basis.

Despite explicit warnings, the consequences of the invasion were under-estimated, the report found. And there was “little time” to properly prepare three military brigades for deployment in Iraq, the risks were not “properly identified or fully exposed” to ministers, resulting in “equipment shortfalls”.

Chilcot also indicated that, by acting without the majority support of the UN’s Security Council for military action, the UK was “undermining” its authority.

But he did acknowledge that Saddam Hussein “was undoubtedly a brutal dictator who had attacked Iraq’s neighbours, repressed and killed many of his own people and was in violation of obligations imposed by the UN Security Council”.

Mr Blair, the prime minister at the time of the invasion, was interviewed two times by The Iraq Inquiry.

In a statement, he defended his actions after the report’s release, saying he made them in “good faith”, but acknowledged that it “does make real and material criticisms”.

“The report should lay to rest allegations of bad faith, lies or deceit. Whether people agree or disagree with my decision to take military action against Saddam Hussein; I took it in good faith and in what I believed to be the best interests of the country …

“However the report does make real and material criticisms of preparation, planning, process and of the relationship with the United States.

“These are serious criticisms and they require serious answers. I will respond in detail to them later this afternoon.

“I will take full responsibility for any mistakes without exception or excuse.

“I will at the same time say why, nonetheless, I believe that it was better to remove Saddam Hussein and why I do not believe this is the cause of the terrorism we see today whether in the Middle East or elsewhere in the world.”