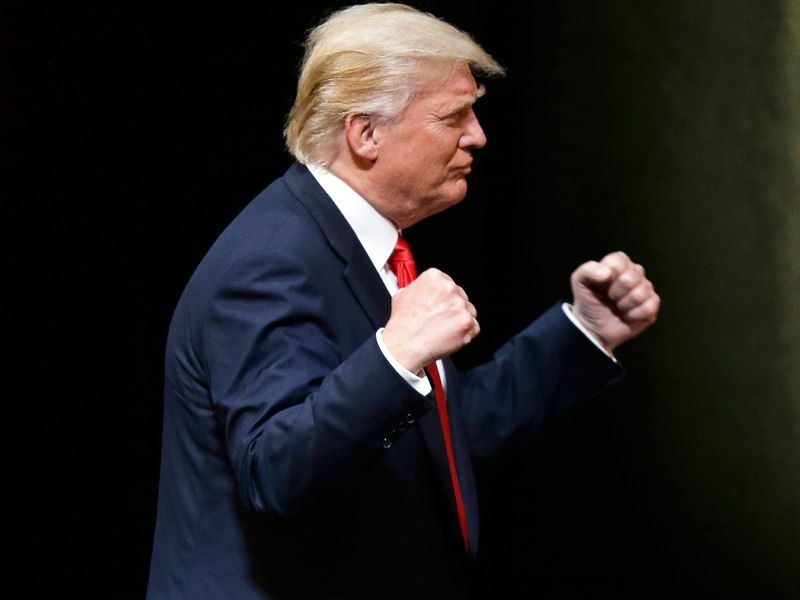 Despite thinking him a “really bad guy”, the presumptive Republican candidate said the dictator, hanged for war crimes in 2006, was right to prefer summary executions of terror suspects.

“You know what he did well? He killed terrorists. He did that so good. They didn’t read them the rights, they didn’t talk,” Mr Trump said during a rally in North Carolina.

“Today, Iraq is Harvard [University] for terrorism. You want to be a terrorist, you go to Iraq. It’s like Harvard. Okay? So sad.”

A spokesman for Trump’s presumptive Democratic rival, Hillary Clinton, said the comments were more proof he was “unworthy” of the White House.

“He has applauded the strength China showed in the Tiananmen Square massacre, offered admiration for Kim Jong Un’s murderous consolidation of power in North Korea, and consistently lavished praise on Vladimir Putin,” Clinton advisor Jake Sullivan said in a statement.

Mrs Clinton’s campaign has been bolstered by Mr Trump’s inability to change his rhetorical style to fit the tone of the main presidential race. He claimed an easy victory in the Republican primary because of his outlandish comments, and has not changed — which is clearly hurting his chances.

Mrs Clinton widened her lead over Mr Trump by 13 percentage points in a new Reuters/Ipsos opinion poll — up from her 9 point lead in a previous poll.

The poll found that 46 per cent of likely voters supported Clinton, while 33 per cent backed Trump. Twenty-two per cent said they would not support either candidate for the November 8 election.

Mrs Clinton’s campaign received a significant boost on Wednesday when the Federal Bureau of Investigation (FBI) recommended that no criminal charges be filed against her over her use of private email servers while she was US secretary of state.

Throughout the campaign, Mrs Clinton has been dogged by her use of a personal email server during her years as the nation’s top diplomat. Over the past several months, she has handed over thousands of pages of emails to investigators and responded to a number of government inquiries.

In contrast, Mr Trump is now the candidate facing legal action. He has been accused in a recently filed civil case of raping a 13-year-old girl in the 1990s .

– with Jackson Stiles and AAP