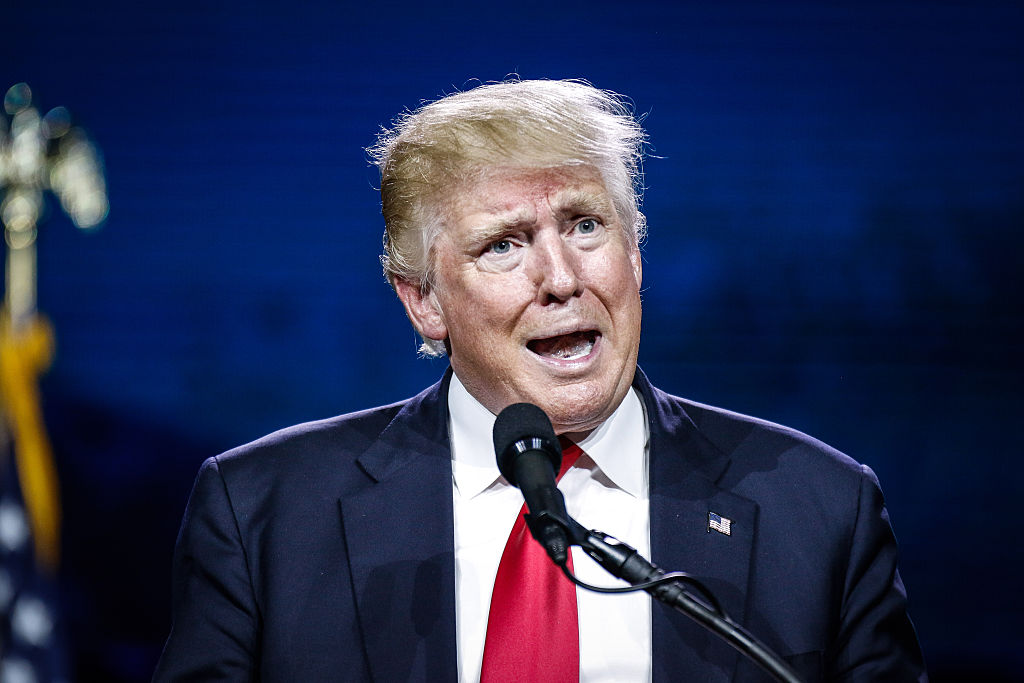 Donald Trump’s presidential aspirations have taken a hit after a woman filed a lawsuit claiming the property mogul raped her repeatedly when she was 13 years old.

The federal suit, filed by an anonymous woman dubbed ‘Jane Doe’, claims Trump and his billionaire friend Jeffrey Epstein both sexually assaulted her at parties in 1994.

Epstein is a convicted paedophile and former powerhouse of New York’s uber-rich social scene who has settled upwards of 17 claims of sexual assault out of court.

Trump, meanwhile, is heading toward the US presidential election as the presumptive Republican candidate and will no doubt be concerned with the timing of the lawsuit.

This isn’t the first time Trump has been accused of sexual assault — nor the second.

Trump’s accuser claims he raped her “at several parties during the summer months of 1994″.

She alleges she was “enticed by promises of money and a modelling career” to attend the parties at the house of Trump’s billionaire friend, fund manager Epstein.

According to the suit, Trump tied her to a bed and raped her, before threatening to hurt her family if she ever told anyone.

In one incident, Epstein allegedly raped the young girl immediately after Trump, screaming that he wanted to be the one who took her virginity.

Doe says the threats prevented her from going public until now, and that since initiating legal proceedings she has received anonymous threats.

She also says she has a witness: ‘Tiffany Doe’, a former employee of Epstein who was paid to lure underage girls to his home.

A business acquaintance of Trump accused him of sexual assault in a 1997 lawsuit, which she later dropped.

A few years earlier in 1989, Trump’s ex-wife Ivana Trump told a divorce court her husband “raped” her following a spat over a scalp surgery he underwent to obscure his baldness.

After the divorce was settled, Ms Trump denied she meant rape in the literal sense.

Michael Cohen, a lawyer at the Trump Organisation, has defended his boss over the Ivana incident, saying “by the very definition, you can’t rape your spouse”.

Marital rape was legal in New York state, Mr Trump’s then home, until 1984, but this legal anachronism had been amended by the time of the alleged incident.

Trump made headlines last year when he accused Mexican immigrants of being “rapists”.

The latest accusations against Trump are linked to his well-known friendship with Jeffrey Epstein.

“It is even said that he likes beautiful women as much as I do, and many of them are on the younger side,” Trump said. “No doubt about it, Jeffrey enjoys his social life.”

It’s alleged that between 1998 and 2007, Epstein ran a virtual ‘pyramid scheme’ for young girls on his private island in Florida.

Epstein was accused of rape, of soliciting sex with girls as young as 12 and procuring them for his high-profile friends.

The girls were allegedly found by his assistants in Palm Beach’s poorer neighbourhoods, one telling officials: “The more you do, the more you are paid.”

Police finally arrested Epstein in 2008 but decided to offer him a lenient deal when he hired a high powered legal team to discredit the accusers.

Ultimately, Epstein was sentenced to just 18 months in prison for soliciting sex with one minor, despite the case originally involving allegations from scores of girls.

It’s believed he then offered out-of-court, confidential settlements to his many accusers.

“It’s the difference between a murderer and a person who steals a bagel.”

Donald Trump accused of raping 13yo in 1990s