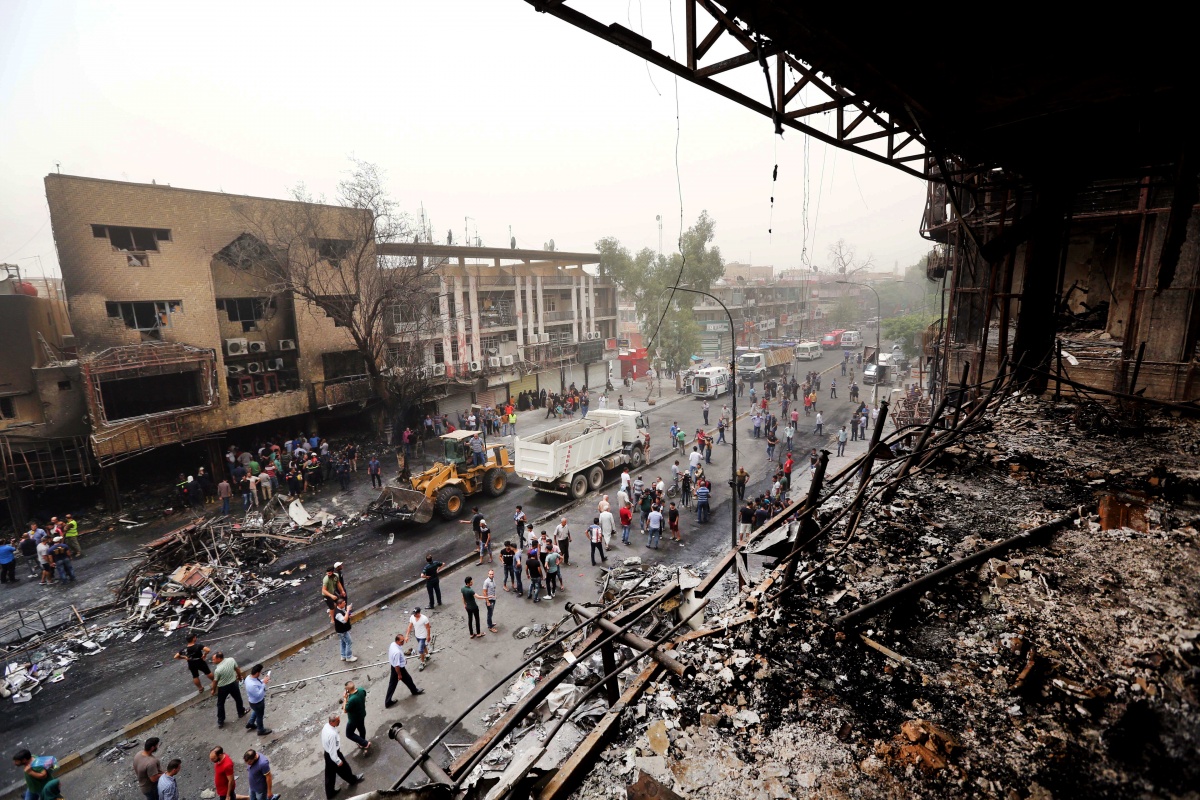 Nearly 120 people have died and 200 people hurt in two bombings overnight in Baghdad, most of them in a busy shopping area as residents celebrated Ramadan, police and medical sources say.

The attack on the shopping area of Karrada is the deadliest since US-backed Iraqi forces last month dislodged Islamic State from their stronghold of Fallujah, an hour’s drive west of the capital.

It is also the deadliest so far this year.

Prime Minister Haider al-Abadi had ordered the offensive after a series of bombings in Baghdad, saying Fallujah served as a launchpad for such attacks on the capital.

A convoy carrying Abadi who had come to tour the site of the bombings was pelted with stones and bottles by residents, angry at what they felt were false promises of better security.

Abadi declared three days of mourning for the victims, according to state-run media that also cited him saying he understood the angry reaction of residents.

A refrigerator truck packed with explosives blew up in the central district of Karrada, killing 115 people and injuring at least 200.

IS claimed responsibility for the attack in a statement circulated online by supporters of the ultra-hardline Sunni group.

It said the blast was a suicide bombing.

Karrada was busy at the time as Iraqis eat out and shop late during the Muslim fasting month of Ramadan, which ends next week with the Eid al-Fitr festival.

The White House on Sunday said the attack only strengthened the United States’ resolve to confront Islamic State.

Reuters TV footage taken in the morning showed at least four buildings severely damaged or partly collapsed, including a shopping mall believed to be the target, and gutted cars scattered all around.

The toll climbed during the day as rescuers pulled out more bodies from under the rubble and people succumbed to their injuries.

In a second attack, a roadside bomb also blew up around midnight in a market in al-Shaab, a Shi’ite district in the north of the capital, killing at least two people, police and medical sources said.