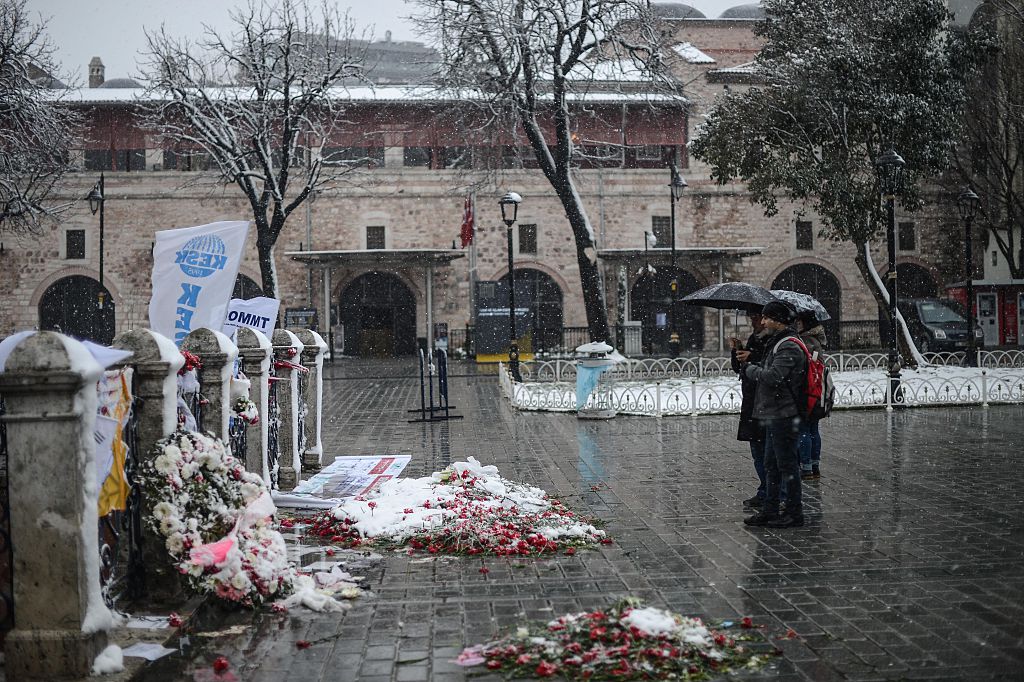 Thirteen suspects, including 10 Turks, have been formally charged over the Istanbul airport suicide bombings, the deadliest of several attacks to strike Turkey’s biggest city this year, the Dogan news agency reported.

Turkish officials have pointed blame at the Islamic State jihadist group (IS) for Tuesday’s gun and bomb spree at Ataturk airport which left 45 people dead including 19 foreigners.

The suspects, who are in police custody, were charged with belonging to a terror group, homicide and endangering the unity of the state, Dogan reported, without providing the foreign suspects’ nationalities.

Turkish media have identified the attack’s organiser as Akhmed Chatayev, the Chechen leader of an IS cell in Istanbul who reportedly found accommodation for the bombers.

Turkish Prime Minister Binali Yildirim has provided further details on the probe, saying police had arrested a total of 29 suspects over the attacks, including more foreigners.

Officials had previously said the three bombers were a Russian, an Uzbek and a Kyrgyz national.

“Everything will be unveiled in due time,” Mr Yildirim said.

“We are carrying out a vast inquiry in this case.”

Istanbul authorities said Sunday that 49 people injured in the attack were still being treated, with 17 in intensive care.

Turkey has been rocked by a series of attacks in the past year blamed on either IS jihadists or Kurdish rebels.

These have taken a heavy hit on tourism, and on Friday Germany warned its citizens to exercise particular caution if they travel to Turkey.