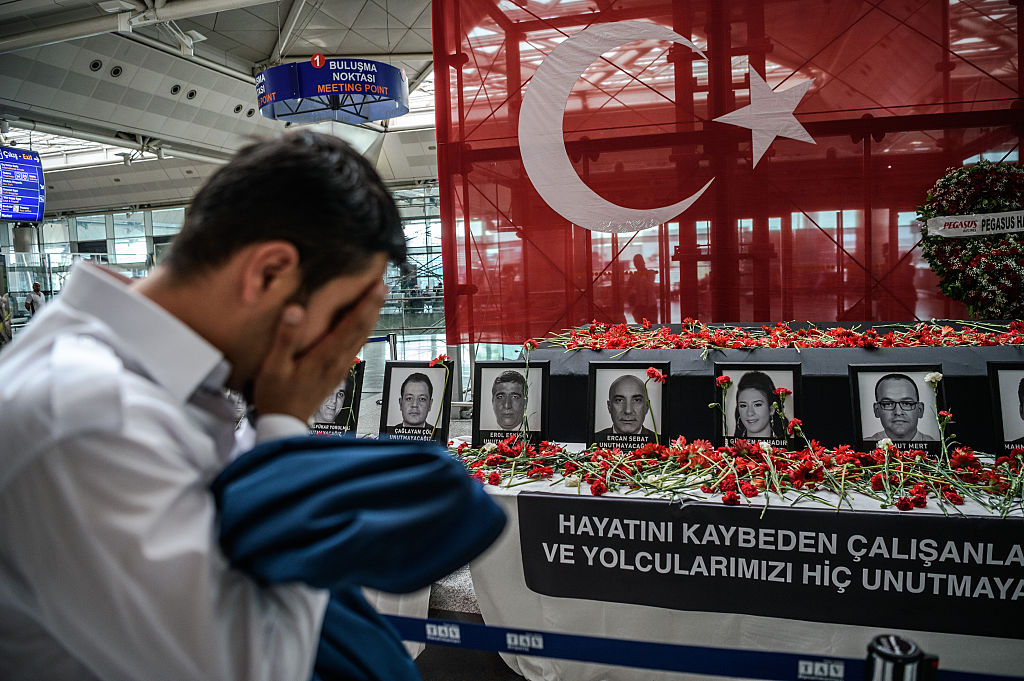 Three suspected Islamic State suicide bombers who killed 43 people in a gun and bomb attack at Istanbul airport were from Russia, Uzbekistan and Kyrgyzstan, a Turkish government official says.

The attack on Europe’s third-busiest airport was the deadliest in a series of suicide bombings in Turkey this year.

The three bombers opened fire to create panic outside, before two of them got inside the terminal building and blew themselves up.

The third detonated his explosives at the entrance. A further 239 people were wounded.

The official gave no further details beyond confirming the attackers’ nationalities and declined to be named because details of the investigation have not yet been released.

Investigators had been struggling to identify the bombers from their limited remains, officials said earlier.

“A medical team is working around the clock to conclude the identification process,” one of the officials said.

The pro-government Yeni Safak newspaper said the Russian bomber was from Dagestan, which borders Chechnya, where Moscow has led two wars against separatists and religious militants since the Soviet Union collapsed in 1991.

Turkish police detained 13 people, three of them foreigners, in raids across Istanbul in connection with Tuesday night’s attack.

Turkish authorities have said they believe Islamic State was behind the airport attack.

Yeni Safak said the organiser of the attack was suspected to be a man called Akhmed Chatayev, of Chechen origin. Chatayev is identified on a United Nations sanctions list as a leader in Islamic State responsible for training Russian-speaking militants, and as wanted by Russian authorities.

The Hurriyet newspaper named one of the attackers as Osman Vadinov, also Chechen, and said he had come from Raqqa, the heart of Islamic State-controlled territory in Syria.

Turkish officials did not confirm that either Chatayev or Vadinov were part of the investigation.

Wars in neighbouring Syria and Iraq have fostered a home-grown Islamic State network blamed for a series of suicide bombings in Turkey, including two others this year targeting foreign tourists in the heart of Istanbul.

Islamic State has established a self-declared caliphate on swathes of both Syria and Iraq and declared war on all non-Muslims plus Muslims who do not accept its ultra-hardline vision of Sunni Islam.

It has claimed responsibility for similar bomb and gun attacks in Belgium and France in the past year.

Turkey, a member of the NATO military alliance and part of the US-led coalition against Islamic State, has repeatedly fired back on the Sunni hardliners in recent months after rocket fire from northern Syria hit the border town of Kilis.

In a sign of the growing threats to Turkey, US defence sources said on Wednesday that Washington was moving towards permanently banning families from accompanying US military and civilian personnel deployed in the country.