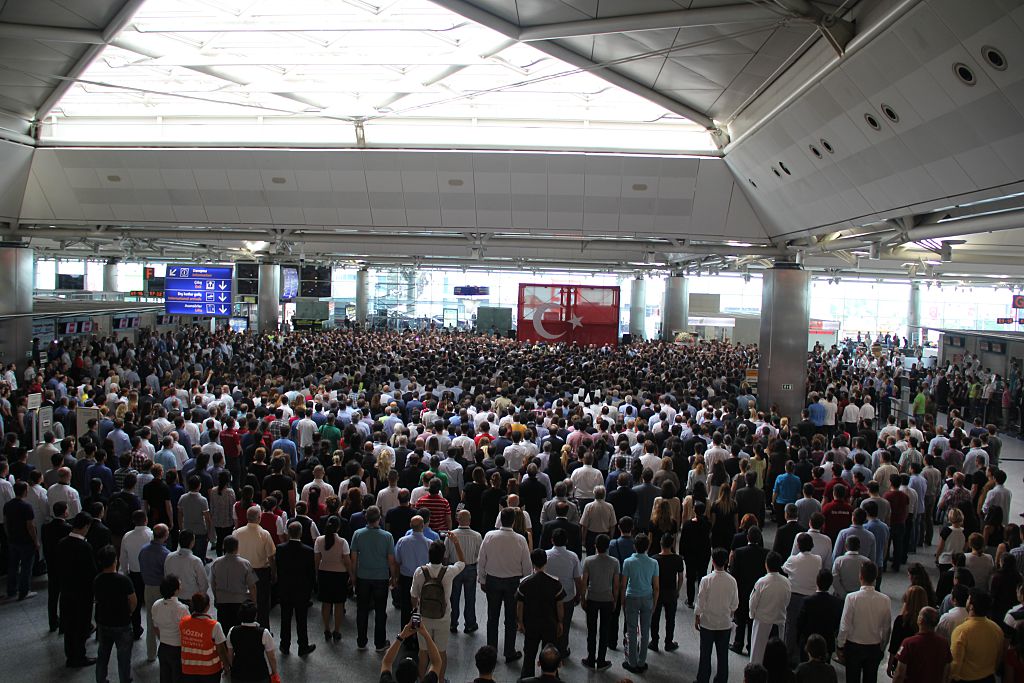 A Turkish official, speaking on condition of anonymity, said that the three bombers who blew themselves up at Istanbul’s international airport this week were from Russia, Uzbekistan and Kyrgyzstan.

“We are prepared to confirm the nationalities of the Istanbul attackers as Russia, Uzbekistan, Kyrgyzstan,” the official said.

See the footage as the attacker looks for victims:

Turkey has been plunged into mourning over the carnage at Ataturk airport, the deadliest yet of several attacks to strike Turkey’s biggest city this year.

The death toll from Tuesday’s gun and suicide bomb spree at Ataturk airport rose to 43 on Thursday, the interior minister said, with 19 foreigners among the dead and more than 200 people injured.

Meanwhile, details are emerging of how the attackers arrived at Turkey’s busiest airport by taxi before indiscriminately firing at passengers with automatic rifles and detonating suicide bombs.

“They returned and came back with long-range rifles they took out from their suitcases, and passed the security control by opening fire randomly at people,” he said.

“One of them blew himself up outside and the other two took advantage of the panic during the opening of the fire, entered inside and blew themselves up.”

A senior source close to the presidency gave a slightly different version of events, saying two attackers blew themselves up on separate floors of the airport before the third followed suit outside.

Another video showed a black-clad attacker running inside the building before collapsing to the ground — apparently felled by a police bullet — and blowing himself up.