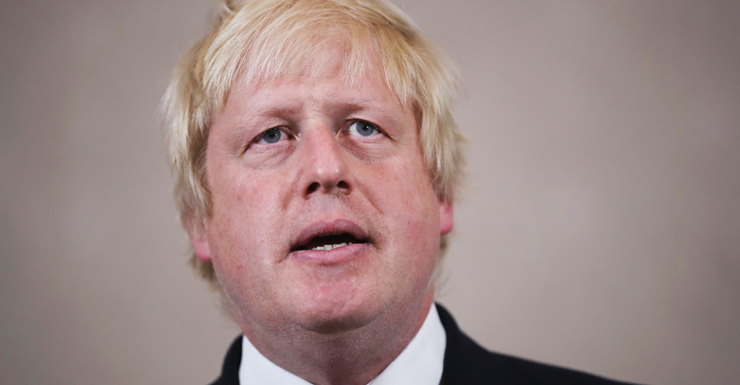 UK Foreign Secretary Boris Johnson fears Vladimir Putin's hackers will tamper with the upcoming election, like "what he did in America". Photo Getty

Mr Johnson, former mayor of London, made the announcement on Thursday night, hours after Justice Secretary Michael Gove nominated himself.

“Having consulted colleagues and in view of the circumstances in Parliament, I have concluded that person [to lead the country through Brexit] cannot be me,” he said in a televised press conference.

“My role will be to give every possible support to the next Conservative administration to make sure that we properly fulfil the mandate of the people that was delivered at the [Brexit] referendum and to champion the agenda I believe in.”

“I wanted to help build a team behind Boris Johnson so that a politician who argued for leaving the European Union could lead us to a better future,” Mr Gove wrote.

“But I have come, reluctantly, to the conclusion that Boris cannot provide the leadership or build the team for the task ahead.”

Mr Johnson was one of the public faces of the ‘Leave’ campaign, which narrowly won the Brexit referendum on June 23.

The current British prime minister, David Cameron, announced his intention to resign after the ‘Remain’ campaign, which he and the Labour opposition backed, lost.

The Brexit result has also plunged the Labour party into chaos. A number of shadow ministers and backbenchers have called on Jeremy Corbyn to resign. He refuses — perhaps heartened by the fact that only a vote of the party membership can remove him.

Boris Johnson is an immensely popular figure in Britain. He served as mayor of London from 2008 to 2016. Some in the UK media treated his ascension to the prime ministership as almost inevitable.

The remaining candidates for Conservative Party leadership, and thus leader of Britain, are Gove and Theresa May.

The Conservative Party currently holds 330 of the 650 seats in the House of Commons — a clear majority that enables it to select the prime minister and govern in its own right.

Boris Johnson won’t be the next British PM