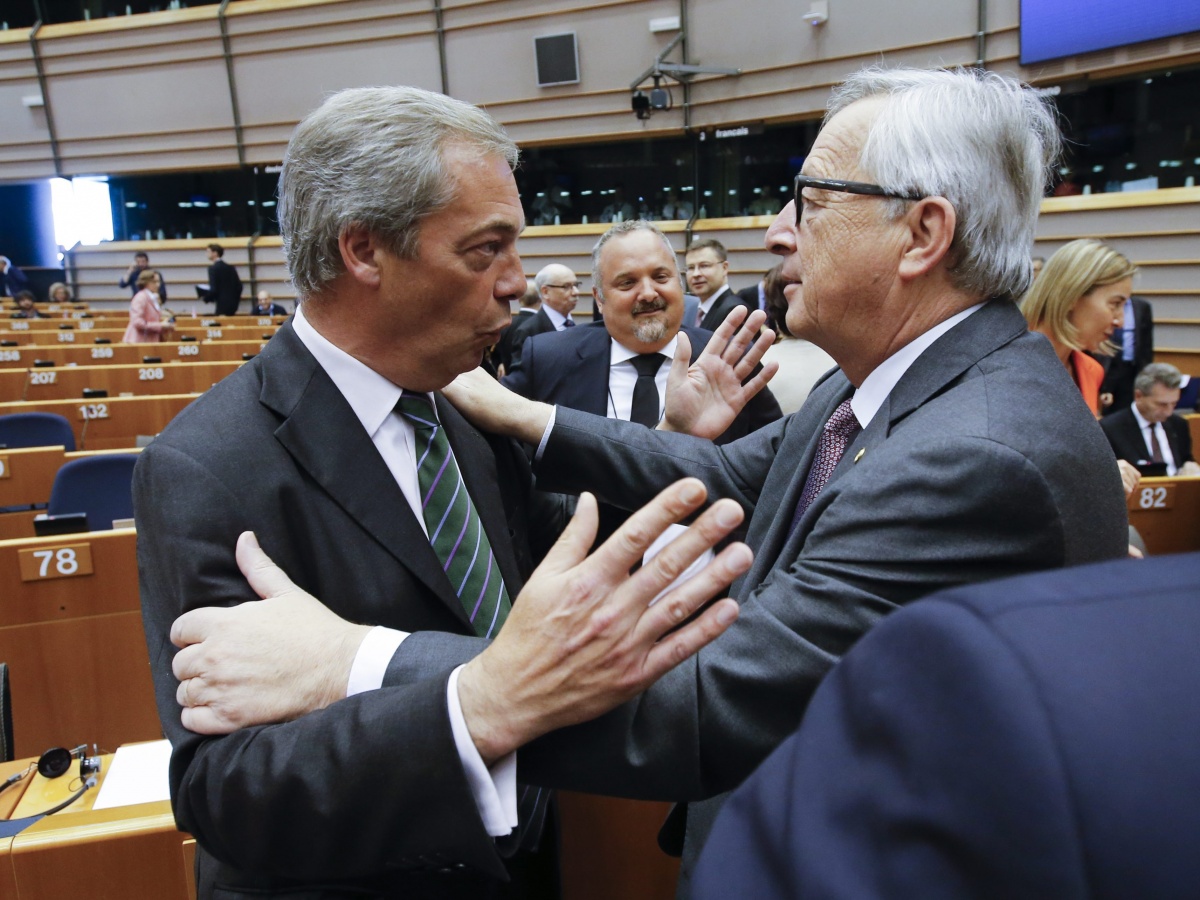 Leading Brexit campaigner Nigel Farage has been booed and heckled in a raucous special session of the European Parliament on Tuesday.

But it was his comments about his colleagues that attracted the most boos, saying they had never had a “proper job”.

“I know that virtually none of you have ever done a proper job in your lives, or worked in business, or worked in trade, or indeed ever created a job,” he said.

Mr Farage was at the centre of the bitter meeting, sitting with a British “Union Jack” flag planted on the table in front of him, European Commission President, Jean-Claude Juncker asked, “why are you here?”

And when Mr Farage interrupted Mr Juncker’s speech to applaud the results of last week’s British vote to leave the EU, the Commission chief shot back, “that is the last time you are applauding here.”

The exchanges underscored just how fraught ties between European officials and British politicians have become since the vote on Thursday, which left far-right anti-European parties across the bloc cheering and governments fretting about political and economic aftershocks.

It came hours before Prime Minister David Cameron meets EU leaders for the first time since the referendum.

The other 27 leaders will gather on Wednesday without him to plot their next moves.

The parliamentary session began on a friendly note, with Mr Juncker air-kissing Mr Farage, acknowledging sadness at the outcome of the referendum.

But the air of sombre civility did not last long, as leading lawmakers accused the Leave camp of having lied their way to victory.

In a fiery speech, former Belgian prime minister Guy Verhofstadt accused British politicians of creating a “toxic climate” of uncertainty since the Brexit vote and described former London mayor Boris Johnson, a Brexit advocate and leading candidate to replace Cameron, as a “selfish man” who had put his own political ambitions above the interests of his country.

German Manfred Weber, an ally of Chancellor Angela Merkel and the leader of the biggest group in parliament, took on Farage in the packed house: “If you had an ounce of decency today, you would apologise to the British people. Shame on you.”

Many of the speakers appealed for unity and pressed Britain to speed its withdrawal from the EU to end uncertainty that has roiled financial markets and sparked concern about contagion to economically weak continental countries.

Speaking to reporters earlier, Farage appeared to backtrack on disputed claims by the Leave campaign that an exit would allow London to redirect STG350 million ($A630.86 million) per week they alleged it sent to Brussels to Britain’s National Health Service (NHS).

Farage estimated the savings at 34 million pounds per day, significantly less than promised on a weekly basis.

Experts have said the 350 million pound figure is a distortion because it does not take into account either the rebate London receives from the EU nor the EU budget funds spent in Britain.