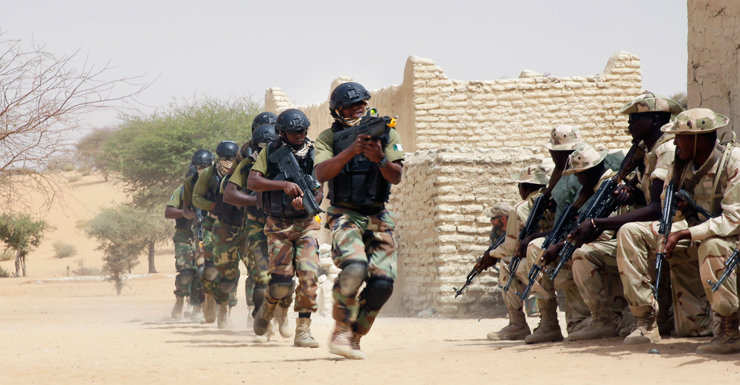 Three Australians and a New Zealander kidnapped in a deadly attack in Nigeria are now safe but there are conflicting reports on how they were freed.

The men, who work for Perth-based mining company Macmahon Holdings, were in a group driving on the outskirts of the city of Calabar when they were attacked by gunmen on Wednesday.

They were among seven men released by kidnappers, the company said in a statement late on Sunday night.

On Monday afternoon the company said five of the seven workers were injured, two seriously.

However, Nigerian police say they were responsible for the men’s freedom.

“The police stormed the location where they were being held and rescued them,” police spokeswoman Irene Itohan said.

All kidnappers were able to escape during the siege, she said.

The family of Mark Gabbedy, one of three Australian workers kidnapped, have said they are “overwhelmingly relieved” he has been released after an “unbelievably stressful” experience.

In a statement, Mr Gabbedy’s father Colin described the experience as “unbelievably stressful”.

Colin said he has spoken to his son by phone since his release.

Macmahon said five of the men were injured, two seriously, and were receiving attention from a medical team.

Macmahon CEO Sy van Dyk praised the men for the courage they displayed throughout the ordeal.

“Our men have been through a traumatic experience, and we have mobilised medical and other support teams in Nigeria to provide immediate support,” he said.

“I also thank the men’s families for working so closely with the company during what has been an extremely difficult time for them as well. They too have endured an incredibly stressful experience.”

He said the families had been told of the release and had spoken to their loved ones.

A Nigerian driver was shot dead in the attack, while the kidnapped men also included a South African and two Nigerians. Another Australian managed to flee the attackers.

The company didn’t say if a ransom was paid for the men’s release.

Foreign Minister Julie Bishop last week stressed Australia had a long-standing bipartisan policy of not paying ransoms on demand from kidnappers because to do so would increase security issues for travellers.

Mr van Dyk praised the efforts of Nigerian authorities, saying they worked closely with the company.

“We are very grateful for the professional support we have received from the authorities on the ground in Nigeria,” he said.

“This has been an incredible team effort and our highest priority now is to finish the job by continuing to work together to get our people back safely to their families and homes,” he said.

“While we understand the media’s interest in these developments we ask that the privacy of all the families be respected at this time.”