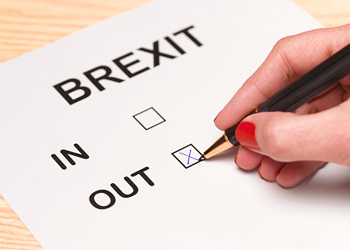 Britons voted to quit Europe, but critics say Theresa May's plan is nothing like supporters expect or want. Photo: Getty

The 27 countries left in the European Union after Britain’s vote to leave should refrain from taking revenge, but focus on building consensus in areas such as security, migration and economic growth, German officials say.

German Foreign Minister Frank-Walter Steinmeier told the ZDF television station there was hard work ahead negotiating the terms of Britain’s exit, but European leaders were committed to charting a new course that tackled high rates of youth unemployment and other issues raised through the UK referendum.

Steinmeier said he told EU foreign ministers at a meeting in Luxembourg on Friday to focus on rebuilding a strong Europe, not hashing through differences with Britain.

“We have to accept the decision that was made, and not go looking for revenge,” said Steinmeier, who will meet the foreign minister of France, Italy, Belgium, the Netherlands and Luxembourg – the six founding EU members – in Berlin on Saturday.

Manfred Weber, who represents German Chancellor Angela Merkel’s political party in the European parliament, said it was imperative to start negotiations with Britain soon about its departure, to ensure stability and avoid uncertainties.

“We want to negotiate a new relationship, not a nasty divorce,” Weber told the Muencher Merkur newspaper. “My goal would be to wrap up the exit negotiations within about a year.”

Steinmeier said political parties in some EU member states would likely push for similar popular votes, but he knew of no specific country that was seriously considering leaving the bloc.