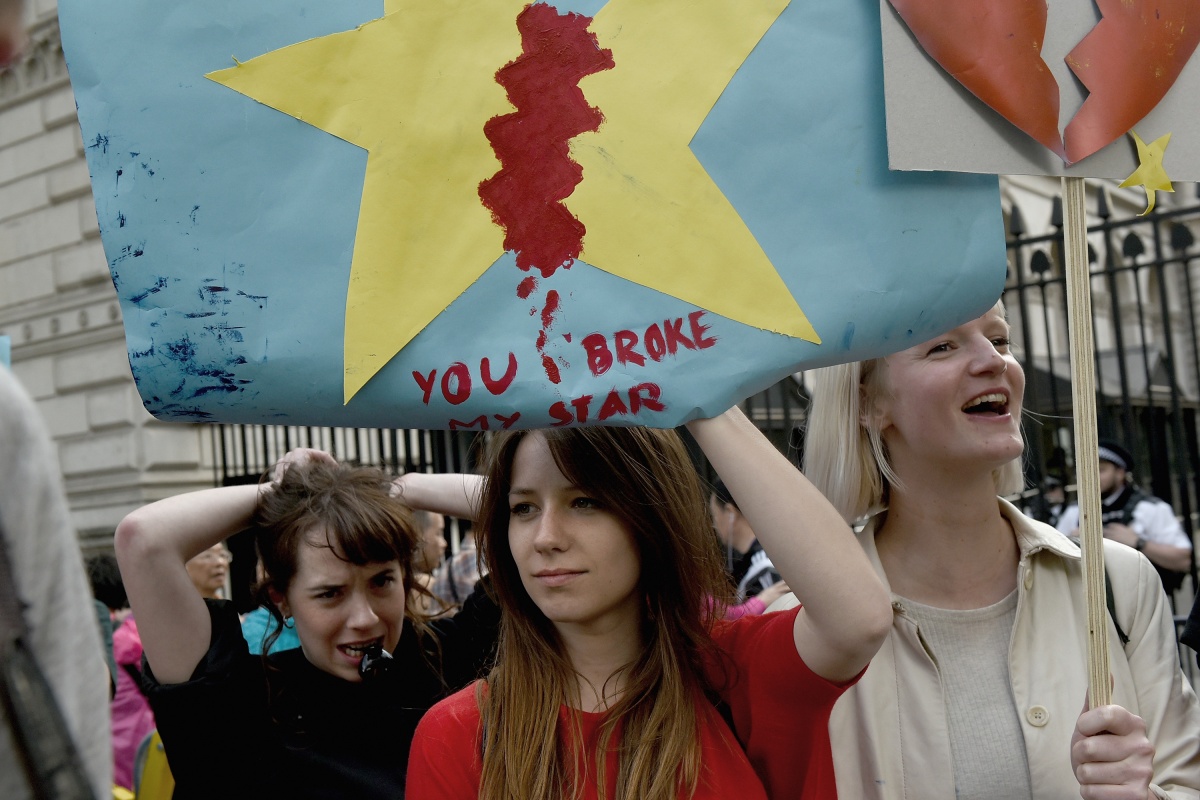 I woke up in London the day after the vote confronted with the thought that my right to freedom of movement in the EU has been taken away. My access to an economy of half a billion people has evaporated.

Leaving the EU is an emotional decision taken by the majority of the British people. But how many of these people voted to leave on a lie? And is this a symptom of a larger global issues of populism winning arguments by distorting facts?

• ‘Shame on all of you’: Brexit shock sinks in
• Brexit revenge: what Germany wants from the break-up
• Brexit vote sparks new push for freedom

I’m not whinging here. I accept that the majority of people have voted to leave and as soon to be former Prime Minister David Cameron has said, Britain needs to make the exit work.

Making Brexit work needs to be the focus in Britain’s post referendum world.

But globally, we must understand that populist politicians are distorting the truth, resulting in causing major tectonic shifts.

Undoubtedly one of the major issues in this referendum was that of immigration.

Brexit campaigners promised to introduce an Australian-style point system instead of EU free movement and allowed the interpretation to grow that such a system would not just control migration, but reduce it.

Polish plumbers that were laying about on government benefits could no longer pinch British people’s jobs – according to populist beliefs.

Let’s ignore the fact that you can’t be on benefits and have a job.

Let’s ignore the fact that migration adds to the economy.

Let’s ignore the fact that more than half of the UK’s immigration comes from outside the EU.

Let’s ignore the fact that the Australian points system results in a migration rate twice that per head of the UK.

But populist dog whistling about migration isn’t unique to Britain.

Remember Donald Trump’s wall with Mexico to keep out the illegal migrants who will concurrently pinch your job, rape your daughter, sell drugs to your son and take unemployment benefits?

Or Australia’s irrational fear of being flooded by asylum seekers who likewise pinch your job, take unemployment benefits and blow up your aeroplanes while yelling Allah-u-Akbar in their designer jeans and tax payer funded sun glasses?

Britain has voted to leave the UK and in my opinion a significant number of people have voted believing that migration was a problem and migration will now be reduced. Populist politicians allowed that belief to grow.

I do not believe either of those things regarding immigration are true.

Globally the greatest threat to functioning democracy is populist politicians who distract key and difficult issues on sound bites.

People then vote on distorted hopes and then become disillusioned in the system because facts over time show those hopes to be false.

This is a clear and present danger to our way of life and we do not recognise how serious the threat of populism is.

But what now for the not-so-United Kingdom?

The British Prime Minister has announced he will resign. The stock markets have dropped. The Pound is weaker now than any time in the last 30 years.

If Great Britain dissolves can a rump England keep the Security Council seat at the UN? Russia only kept the Soviet seat because all former Soviet Republics agreed.

What will happen in Northern Ireland, which voted to remain, and now has to leave and might see the hated borders with the Republic of Ireland re-established.

There is a lot of uncertainty and there will be no rapid clarity.

We do know this: it is not in the EU’s interest to allow the UK to leave without a visible cost. The EU cannot afford to send a signal that any country can leave the EU and still have the benefits.

We also know that the one certainty is uncertainty. Economic growth in uncertain times is difficult, and populist politicians will not take the responsibility for a disaster if that eventuates, but will take credit if things turn out well.

Australian companies now have to wonder where they base themselves to trade with the EU, because it won’t be London. Travellers will get a better deal for their Aussie dollar on holidays, but may see fewer holiday jobs, but easier visas.

And Australia will grow while the UK will shrink on uncertainty. Australians may look over at the former colonial master and feel sadness for their decline, but fail to see the cause of populism is eating away at Australia’s foundation too. Be warned.

Britain is leaving the EU ‘because of a lie’