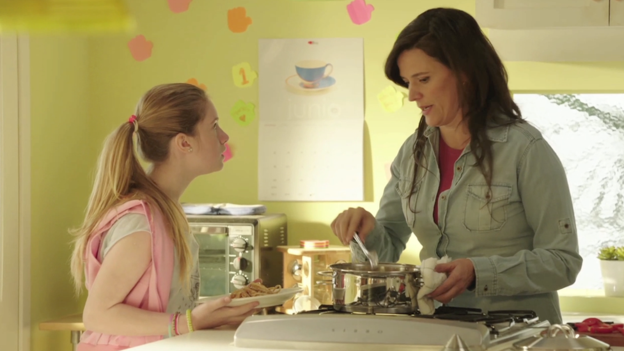 The world’s second-largest advertising spender, Unilever, will reduce sexist stereotypes in ad campaigns, calling on rivals to follow and push change “on a broader societal level”.

The Anglo-Dutch parent company of 400 grocery brands including Dove, Lipton, Rexona, Magnum and Sunsilk, said it had uncovered some “extraordinary things” about sexism its ads – on which it spends almost $12 billion each year.

A marketing expert told The New Daily he couldn’t predict how customers would react to Unilever’s change, but guaranteed that promising customers less by toning down its adverts’ highly stylised sexual tone might make consumers satisfied.

Unilever chief marketing officer Keith Weed told the BBC that Unilever realised its advertising was perpetuating outdated images of society – in particular women – that could be harmful.

“If we looked at role, personality and appearance, then they [Unilever ads] weren’t representing women as they are today. Some of the imagery might have been current years ago, but it certainly wasn’t today,” Mr Weed said.

The company made the policy decision following internal research which showed that 40 per cent of women surveyed did not identify with their portrayal in Unilever ads.

Other findings revealed 90 per cent of women felt they were portrayed as sex symbols. Almost 30 per cent said adverts represented women as they are perceived by men.

Mr Weed said the new campaign, dubbed ‘Unstereotype’, would focus on putting women on an equal footing with men.

“It’s very difficult to pitch these progressive narratives, while on the other hand claiming authenticity,” he said. “It’s empowering if [the adverts] allow consumers to play with boundaries without being perceived as not ‘man enough’ or ‘not female enough’.”

If the proposed changes result in advertising presenting less “airbrushed” representations of life, consumers may be left happier when buying products, according to a marketing expert.

The University of Western Australia’s Dr Richard Gruner told The New Daily it was difficult to know if an anti-sexism movement was strong enough to justify Unilever’s change on its own.

“I’m not sure that it is possible to predict whether customers would react positively or negatively to a brand taking an anti-sexist ad stand,” Dr Gruner said.

“But if a brand thought it would result in them making less money, they wouldn’t choose to change the way they advertise.”

He said the key to eradicating sexism and sexual references from ads was to make them less aspirational.

“I think that advertisers promise too much to customers in their campaigns, with imagery and symbols and the people who play the roles,” Dr Gruner said. “If this approach by Unilever made smaller promises then it could have a good effect.

“Currently brands promise too much and often risk leaving customers feeling disappointed once they make a purchase.”

Unvaccinated Pauline Hanson has COVID
‘Should have been a penalty’: Boy crash-tackled by PM gives his verdict
Amber Heard’s sister and friend give evidence
Russian Google to file for bankruptcy
Man arrested at NSW school for bestiality
Concern about COVID-19 deaths in aged care
Australians kidnapped in Nigerian ambush
Today's Stories