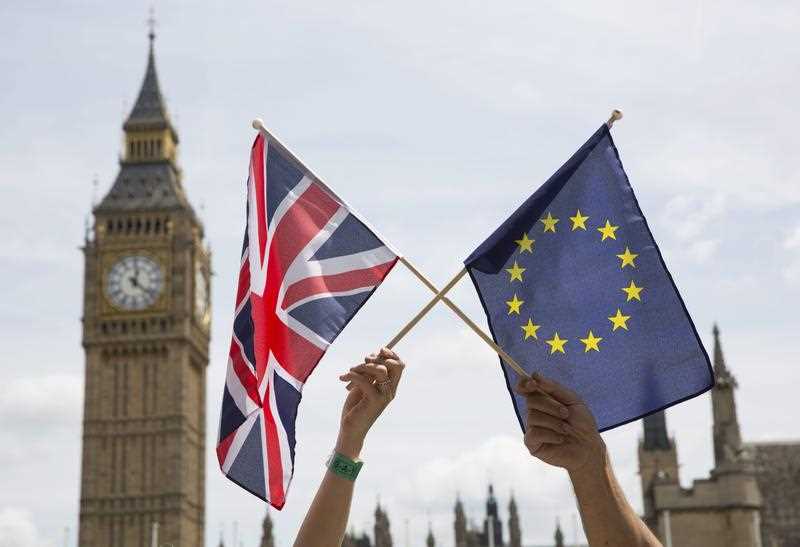 Leave is now expected to be the most likely outcome of the Brexit referendum, at least according to betting agencies.

The Betfair Internet betting exchange has reported around 11.30pm (AEST) that the implied probability of a British vote to leave the European Union is at 63 per cent, while Oddschecker compiled betting odds suggesting that there is a 55 per cent chance of a Brexit result. For the first time, withdrawing from the EU is looking more likely than staying.

According to The Telegraph, with a little more than one quarter of the vote counted, the Remain camp was ahead by 50.2 per cent to 49.8 per cent for the Leave vote.

The British pound has slumped 6 per cent as the Leave vote edges ahead and Sunderland delivered a stronger-than-expected Leave vote of 61.3 per cent.

With almost 4 per cent of the vote counted, the Leave vote was at 51.5 per cent. However, much of the key London vote, which is expected to vote strongly in favour of Remain, is yet to be counted.

The pound dropped on the news as low as $US1.435 before recovering slightly.

The Australian dollar followed, tracking the pound lower to fall 0.9 per cent to 75.4 US cents. Losses however were not as steep.

Traders experienced one of the busiest 30-minute periods between 9:00 and 9:30 pm British standard time.

“Currency market reaction to the Leave win in Sunderland demonstrates that markets are now vulnerable to selling, and liquidity could be thin,” said Ric Spooner, chief market analyst at CMC Markets in a note to clients.

The seat of Newcastle which was tipped to deliver a 67 per cent Remain vote, has voted by just 51 per cent to stay in the EU, according to British media. Meanwhile, neighbouring Sunderland has voted to leave the with a resounding 61.3 per cent Leave vote.

However, it is still very early in the count with around just 300,000 votes counted.

British overseas territory Gibraltar – the first booth to declare a result – has delivered a 96 per cent Remain vote in the Brexit referendum.

A big Remain win had been predicted in Gibraltar where people had serious concerns about its border with Spain. But the seat of Lancaster considered a bellwether seat remains too close to call.

Meanwhile, leading Leave campaigner Nigel Farage is breeding confusion as counting continues in the historic referendum on UK membership of the European Union.

Mr Farage appeared to be preparing to concede defeat almost immediately after booths closed, later retracted that view, only to later repeat his assertion that the Remain campaign had won the day.

The Ukip leader earlier told Sky News that the Remain camp seems likely to “edge it”, but he’s insisted that his party would continue its fight to take Britain out of the EU.

A YouGov opinion poll released as polling stations closed put Remain ahead by 52 per cent to 48 per cent.

“It’s been an extraordinary referendum campaign, turnout looks to be exceptionally high and (it) looks like Remain will edge it,” Mr Farage said.

“Ukip and I are going nowhere and the party will only continue to grow stronger in the future.”

Meanwhile, eurosceptic Northern Ireland SecretaryTheresa Villiers said: “My instinct is Remain have won.  I would put it down to Project Fear succeeding.”

Mrs Villiers says that “whatever the result” David Cameron should stay on as Prime Minister.

“The Prime Minister is the best man for the job,” she says.

Key Leave campaigner Boris Johnson has refused to concede, saying it’s too close and too early to call.

Polling stations have closed, and counting began early this morning Australian time, with surveys and one exit poll suggesting the Remain vote could be ahead by a whisker.

One exit poll has put the Remain vote at 52 per cent compared with 48 per cent for the Leave vote.

Sterling is surging against major currencies after a YouGov poll suggested Britons have voted to keep the country in the European Union, a relief for investors who had feared a Brexit would trigger uncertainty and volatility across world markets.

YouGov’s poll was based on responses from a pre-selected group of people seen as representative of the wider electorate on how they actually voted in the referendum.

Opinion polls taken before the vote indicate the outcome is too close to forecast, although two polls published late on Wednesday suggested a swing towards “Remain”.

Much will depend on turnout, with younger Britons seen as more supportive of the EU than their elders but less likely to vote.

Prime Minister David Cameron called the vote under pressure from the anti-EU wing of his Conservative Party and the surging UK Independence Party (Ukip), hoping to end decades of debate over Britain’s ties with Europe.

The “Leave” campaign says Britain’s economy would benefit from an exit from the EU, or Brexit. Cameron says it would cause financial chaos and impoverish the nation.

He voted early, and said on Twitter: “Vote Remain – so that our children and grandchildren have a brighter future.”

His main rival, former London mayor Boris Johnson, whose decision to support Leave galvanised its campaign, told voters on Wednesday this was the “last chance to sort this out”.

It is only the third referendum in British history. The first, also about membership of what was then called the European Economic Community, was in 1975.

Most polls put the Leave and Remain camps neck-and-neck at the end of a bitter four-month campaign that was dominated by immigration and the economy, and shaken by the murder of pro-EU MP Jo Cox last week.

Traders, investors and companies were braced for volatility on financial markets whatever the outcome of a vote that both reflected, and has fuelled, an anti-establishment mood also seen in the US and elsewhere in Europe.

Sterling advanced to a 2016 high against the US dollar early on Thursday. Betting markets were pricing in a probability of close to 80 per cent that “In” would prevail.

Finance leaders from Group of Seven leading economies will issue a statement stressing their readiness to take all necessary steps to calm markets if Britain votes to leave, government officials with direct knowledge of the matter said.

On Wednesday, campaigners from both sides tried to win over the estimated 10 per cent of the 46.5 million electorate who polls suggest had still not decided which way to vote.

The In campaign took aim at their rivals by saying a Brexit would hurt the economy, security and the country’s status. The Out campaign said high levels of immigration could not be controlled inside the EU and it was time to bring powers back from Brussels to London.

“If we don’t vote to leave tomorrow we will remain locked in the back of the car, driven in an uncertain direction, frankly, to a place we don’t want to go and perhaps by a driver who doesn’t speak the very best of English,” said Johnson, a leading contender to replace Cameron as prime minister.

Britain is deeply divided on EU membership, with big differences between older and younger voters, and between pro-EU London and Scotland and eurosceptic middle England.

Whatever the outcome of the vote, the focus on immigration to Britain, which has increased significantly in recent years, could worsen frictions in a country where the gap between rich and poor has also been widening.

Race on a knife edge but bookies tipping Leave result