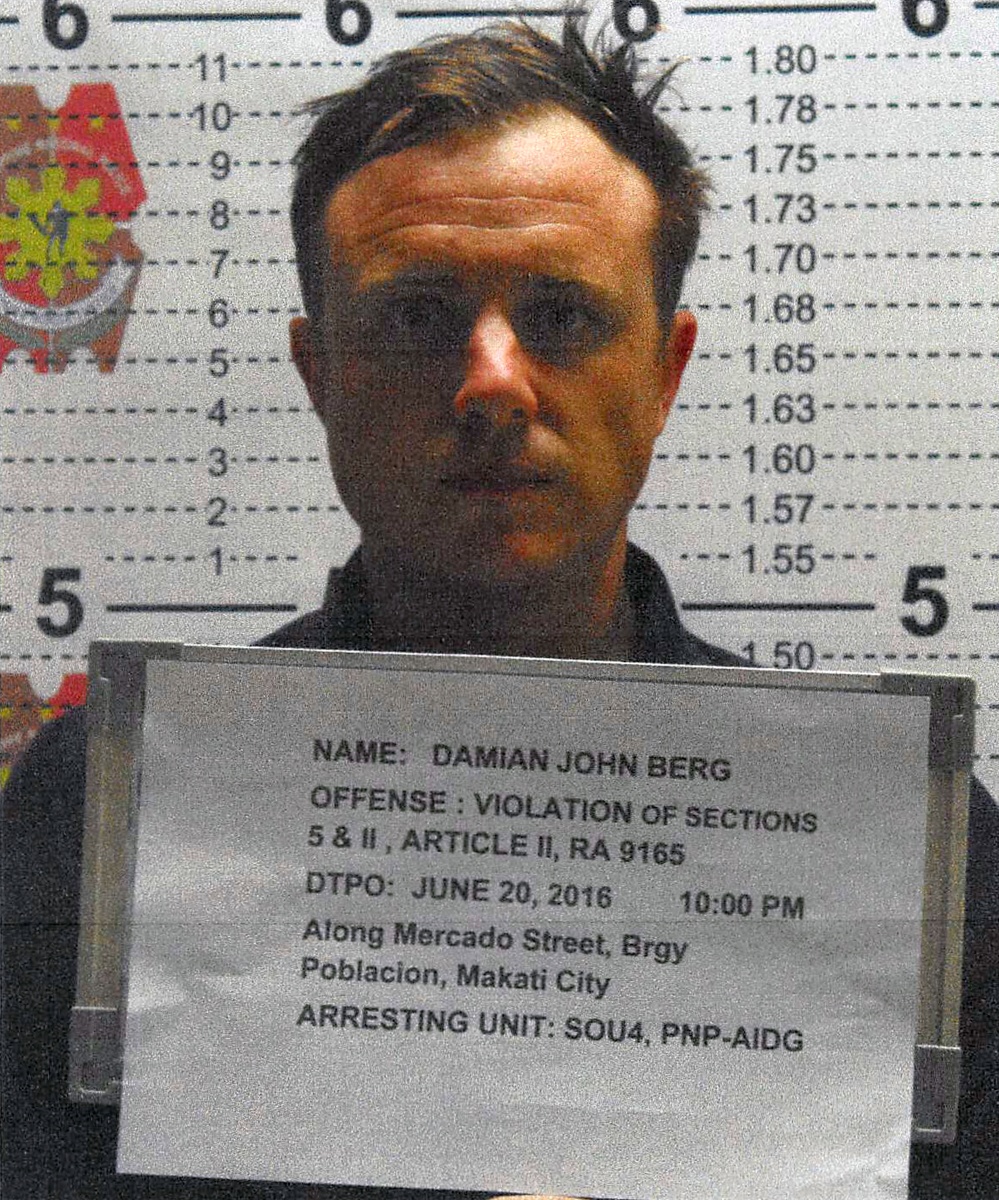 An Australian man has been arrested in the Philippines capital during a drug raid that allegedly netted 160 ecstasy tablets.

Damian John Berg and Canadian man Jeremy Eaton, both 34, were arrested in Makati City, Manila, on Monday during a drug raid, in which ecstasy pills with an estimated value of $A5500 were allegedly found.

“Suspects were brought to AIDG headquarters for further investigation … while the drug evidence was submitted for screening and examination,” the Philippine National Police said in a statement on Wednesday.

Cases against the two men for drug supply were currently being prepared, police added.

The Department of Foreign Affairs and Trade told AAP they were providing consular assistance to an Australian man arrested in the Philippines but because of privacy obligations, they were unable to provide further comment.

Berg’s arrest comes just over a month after five people died during a rave in Manila on May 21, including a 33-year-old American man.

Traces of the active ingredient in ecstasy was allegedly found during toxicology tests on two of the victims, director of the PNP crime laboratory Chief Superintendent Emmanuel Aranas said.

Police have vowed to crack down on illegal drugs, saying earlier this month that an “intensified anti-illegal drugs operations” had seen more than 17,800 people arrested across the country since January of this year.

Twenty-five people, meanwhile, had been killed during “tactical engagements or encounters” with police, the PNP stated.

The Philippines’ incoming president Rodrigo Duterte has said he will order police to kill suspected criminals who resist arrest.

Before winning the election earlier this year, President Duterte controversially claimed a war on organised crime, saying: “If you resist, show violent resistance, my order to police (will be) to shoot to kill.”