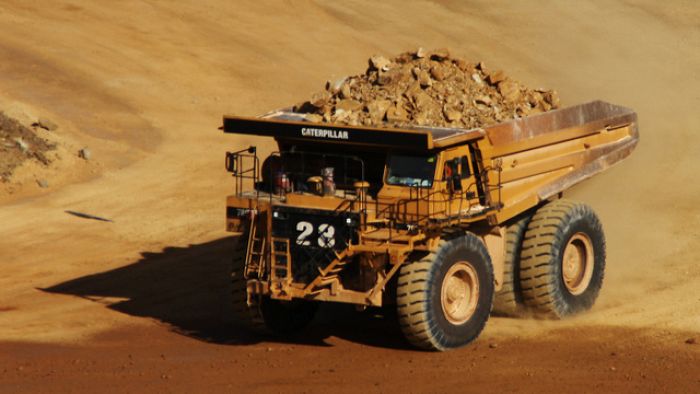 Three Australians and a New Zealander are among seven mine workers kidnapped from a worksite in Nigeria, Prime Minister Malcolm Turnbull has confirmed.

The workers are employed by Perth-based mining and engineering company Macmahon Holdings.

Mr Turnbull said the gunmen also shot dead one of the mining company’s drivers during the attack near the capital of Cross River State, Calabar.

“We don’t know at this stage the identity of the kidnappers and families in Australia are notified of course,” he said.

The New Zealander is a permanent resident of Australia.

Foreign Minister Julie Bishop said the Government was working hard with Nigerian authorities to secure the release of the Australians.

However, Ms Bishop said she would not provide further details given the sensitive nature of the case.

Nigerian police said earlier that three foreign nationals — two Australians and a South African — and two Nigerians had been kidnapped and their driver shot dead.

The hold-up happened in the Akpabuyo district about 7:00am (local time) on Wednesday.

An eyewitness reportedly said the men were bundled onto a waiting boat.

Nigerian police commissioner Jimoh Ozi-Obeh said the police were working with the Nigerian Navy to ensure all victims were released unharmed.

An escort vehicle carrying local police was unable to prevent the abduction.

The commissioner said no ransom demand had been received.

The convoy is believed to have been attacked by about 30 militants.

Militant group Boko Haram, which operates in the north-east of the country, is thought unlikely to be responsible for the kidnappings as they happened in the south.

“It is more likely to be a criminal gang that have taken these people to elicit some sort of ransom from the company,” ABC Africa correspondent Martin Cuddihy said.

He said kidnapping was not uncommon in this region.

“This is a very wealthy part of Nigeria, but given the fact that the oil price has dropped considerably in the last couple of years, these criminal gangs have taken to abducting more foreign nationals in an effort to raise some money,” he said.

“There simply hasn’t been the same amount of wealth pouring into that part of the country as there has been in recent years.”

Macmahon, which was contracted to cement company LafargeHolcim in the state, said it was working with a crisis management organisation to secure the release of its workers.

A spokesman for Macmahon in Perth said he had been told not to comment for fear of jeopardising the safety of the kidnapped workers.

LafargeHolcim spokeswoman Viola Graham-Douglas said the company was informed of the incident by Macmahon, which was “working with the security agencies to resolve the situation”.

Macmahon has an $US18 million ($24 million) per year contract with the United Cement Company of Nigeria Ltd (UniCem) for quarrying operations at UniCem’s cement manufacturing plant at Mfamosing, near Calabar.

UniCem is a joint venture between Franco-Swiss conglomerate LafargeHolcim and Flour Mills of Nigeria, according to the Australian firm’s website.

Kidnapping for ransom has been a long-standing problem in southern Nigeria, particularly in the oil-producing delta region, where criminal gangs target wealthy Nigerians and expatriate workers.

Most are usually released after the payment of a ransom.