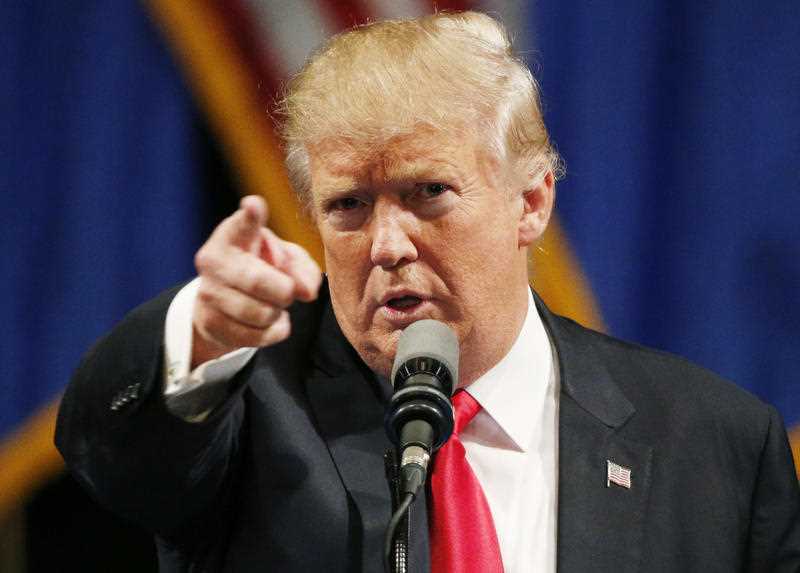 He might be a billionaire four times over but Donald Trump’s ailing presidential bid is down to its last million.

Financial disclosures released by the Federal Election Commission in the United States show that Mr Trump is now spending more money on his political campaign than he can attract from supporters.

The bottom line for the Republican Party’s presumptive candidate is that he had only US$1.2 million cash on hand at the end of May to help get himself elected, compared to Hillary Clinton’s war chest of US$42 million.

The hashtag #TrumpSoPoor has since started trending on Twitter, mocking Mr Trump’s finances.

The unwillingness of traditional Republican donors to open their wallets has increased pressure on him in the last month and is believed to have underpinned his decision on Monday to fire divisive campaign manager Corey Lewandowski.

In an interview with Fox News after sacking Mr Lewandowski, Mr Trump said he was now ready to “run a different kind of campaign”.

“We’re going to go a different route,” he told Fox.

The news also comes after a 19-year-old British man was charged after he tried to grab a police officer’s gun at a Trump rally on June 18 in a “conscious effort to come to Las Vegas to kill Trump”, he stated.

Mr Trump’s comment is a strong indication that his bid for the White House will be increasingly shaped by mainstream party organisers through the Republican National Committee.

Since entering the presidential race last year, he has spent around US$61 million on the campaign.

More than US$45 million of the electoral funds have come from Mr Trump himself in the form of loans made to his political vehicle, “Donald J. Trump For President, Inc”.

It is possible that he may recoup that money from the Republican Party as cash from party donors begins to flow through to the campaign.

The 70-year-old faces an uphill battle to win the November election, with opinion polls indicating that his support is starting to crumble in critical swing states such as Florida and Ohio.

In Florida, Mrs Clinton’s average lead is around 3 per cent for all opinion polls conducted since the middle of April.

Mr Trump has said repeatedly that he would win the November election by out-polling Mrs Clinton in traditional Democrat-leaning states in the midwest of the US.

However, most regional polls are showing Mr Trump making little ground against Mrs Clinton in so-called “rust-belt” states such as Michigan, Wisconsin, Ohio, Minnesota and Illinois.

At a national level, Mrs Clinton’s average lead over Mr Trump has doubled since the middle of May.

According to the latest survey conducted by Monmouth University, Mrs Clinton would have attracted 49 per cent of the national vote to Mr Trump’s 41 per cent if the election had been held last weekend.

It seems that his best chance of winning hinges on the outcome of a FBI probe into whether Mrs Clinton breached US security laws when she sent emails from a home computer while Secretary of State between 2009 and 2013.

Mr Trump is lucky he is not an Australian politician.

A survey of local attitudes to the US election found that only 11 per cent of Australians are supporting his push for the presidency.

Unvaccinated Pauline Hanson has COVID
‘Should have been a penalty’: Boy crash-tackled by PM gives his verdict
Amber Heard’s sister and friend give evidence
Russian Google to file for bankruptcy
Man arrested at NSW school for bestiality
Concern about COVID-19 deaths in aged care
Groped girl’s ’30 minutes of hell’ on US flight
Today's Stories