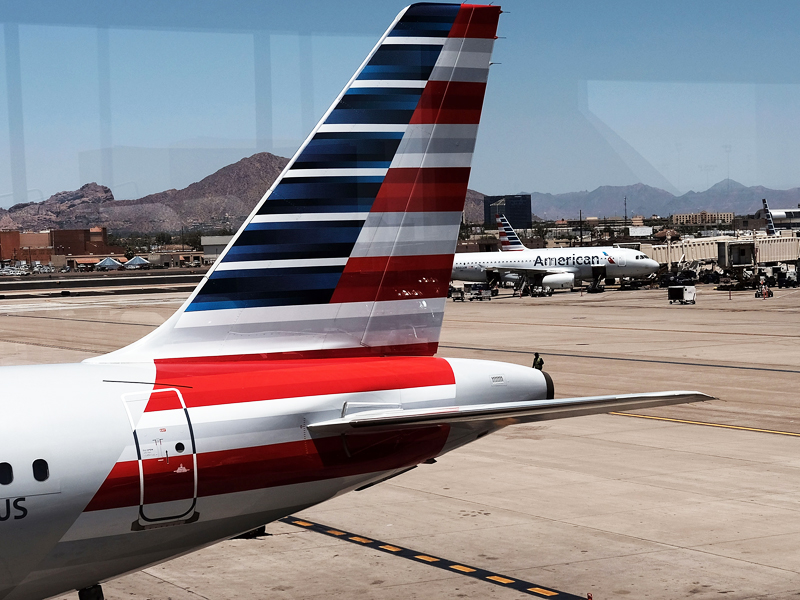 An alleged case of sexual assault “hell” perpetrated against an unaccompanied 13-year-old girl has reignited debate on whether airlines should treat all male passengers as potential abusers.

An Oregon man, Chad Cameron Camp, 26, was arrested on the night of June 15 on suspicion of abusive sexual contact when an American Airlines flight from Dallas, Texas touched down in Portland, Oregon.

“The flight crew immediately moved Camp away from the child, and the airline requested a law enforcement response upon landing.”

The witness was a flight attendant, who saw a single tear sliding down the victim’s cheek and Camp’s hand near the victim’s crotch half an hour after takeoff, The Washington Post reported.

Camp reportedly insisted on sitting next to the teenaged girl, despite the flight being “half empty” and despite being offered the chance to move, The Post reported.

The accused man, a native of Gresham, Oregon, pleaded not guilty to the charge in the US District Court in Portland, Oregon on June 16.

The victim’s lawyer, Brent Goodfellow, described the incident to The Post as “30 minutes of hell”. Camp touched his client “over 15 times”, he said.

Mr Goodfellow accused American Airlines of failing its duty of care to the girl, and said her parents “absolutely” intend to sue the airline.

According to US media, the parents of the alleged victim paid an additional $US300 for the girl’s ticket so she could be supervised by flight attendants.

“If I have my tray table down or my seat back two inches during the improper time, those guys are going to be on me immediately,” Mr Goodfellow said.

“This girl got abused for 30 minutes and no one was to be found.”

Instead of sparking claims of airline negligence, the case has reignited debate about the appropriateness of men sitting next to unaccompanied minors of both genders – a fraught issue in many countries, especially Australia.

Reports in US media noted similar cases. For example, a Pakistani doctor, Mohammad Asif Chaudhry, 57, was accused and acquitted of groped a sleeping teenaged girl in July 2015 on a flight from New York to Chicago.

The New Daily is aware of three airlines – Virgin Australia, Qantas and Air New Zealand – that bar men from sitting next to unaccompanied minors. British Airways removed its policy in 2010 after backlash, and GB Airways, which had a similar policy, ceased operations in 2008.

The policy is unpopular with some men. For example, Australian firefighter Johnny McGirr spoke out angrily in 2012 after he was moved away from two boys on a Virgin Australia flight from Brisbane to Sydney.

“I am an emergency service worker when I’m off that plane, but as soon as I boarded it I was a presumed paedophile,” Mr McGirr told Network Ten at the time.

Former London mayor Boris Johnson also criticised the policy in 2006 after GB Airways staff mistakenly attempted to move him away from his own children. He said airlines were “presuming guilt in the entire male population just because of the tendencies of a tiny minority”.

Many women have defended the policy, including Australian journalist Corrine Barraclough on Tuesday.

“Your potential embarrassment or inconvenience is nothing compared to the potential risk of harm to an unattended minor. Firm policies have to be made around worst-case scenarios to keep people safe,” Ms Barraclough wrote for Mamamia.

“It’s not about you; it’s about safety. It’s about making sure a flight attendant doesn’t come down the aisle to serve drinks and see a tear running down a teenage girl’s cheek.”

Groped girl’s ’30 minutes of hell’ on US flight